Freiburg will be looking for another win after a 0-4 Bundesliga 1 victory vs Augsburg. Freiburg have been on a persistent run of goalscoring form, netting every time they’ve gone out to play in their last 6 matches. They have totted up the amount of 13 during that time while seeing the number of goals scored against them stand at 11. 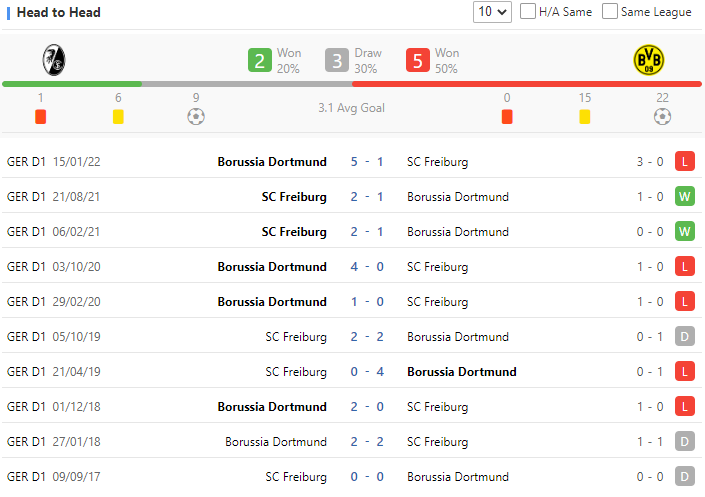 Over the course of their previous half-dozen outings, Borussia Dortmund have bagged a total of 13 goals. Borussia Dortmund have also not failed to score in every single one of those games. During that period, they have had 9 goals go into their own net. Historical results aside, it remains to be seen whether that pattern might persist in this match or not.

Dortmund beat Bayer Leverkusen and losing Haaland doesn't seem to have much of an impact. The 1x2 first odds is 2.88-3.60-2.30, seems lacked of confidence to the home team. Dortmund should take points in this game.