Synot Slovacko and Fenerbahce faced each other in the 1st game of the matchup last week. In that match, Fenerbahce came out victorious with a 3-0 scoreline.

After playing two opening matches without a win in the new campaign, Synot Slovacko finally achieved success last weekend 1-0 at home ground against Hradec Kralove. Nevertheless, the squad where not left without many problems, like in the past matches, they managed to make Improvement in defense as they did not leak any goals this time, but it is still difficult to expect them to have triumph against a much stronger Fenerbahce. Synot Slovacko have obvious problems in defensive line. They have leaked 5 goals in 2 matches before a victory against Hradec Kralove. Those two matches went over 2.5 goals. In this match they will play without Stanislav Hoffmann, who was given a red card in the first match against the Turkish side. 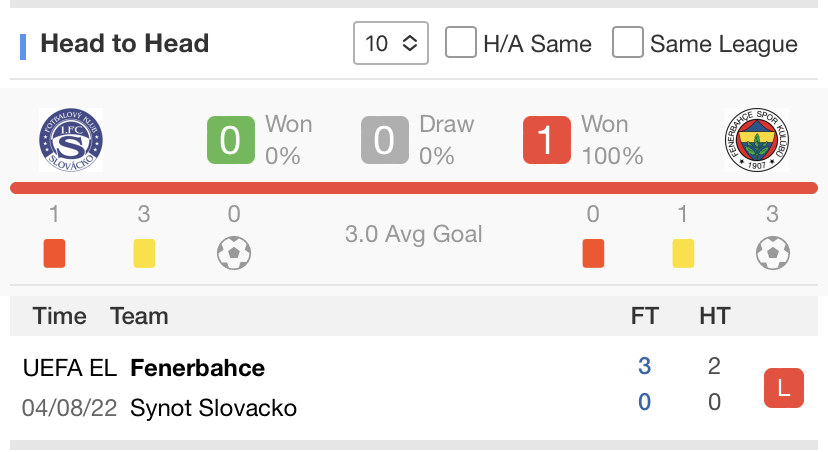 Fenerbahce have their own setback at the start of the new campaign. They won just one of four played matches. On Monday, Fenerbahce played 3-3 at home against Umraniyespor. That was another unsatisfactory result, especially because they saved one point in the 2nd half stoppage time. Meanwhile, Fenerbahce have a good attacking line. They have netted 6 goals in the last 2 matches. Both matches went over 2.5 goals.

Verdict: We should expect attack-oriented Fenerbahce to dominate in this second round.