Young Boys first first leg against Kups on away soil was an incredible 0-2 win for the team. Young boy's last match was impressive as they draw against the super Basel with their player David being the man of the match at the game. The team has not lost any single game in their last five matches both home and away games (W3, D2), and scored nine goals in five attempts. The team hasn't lost in 15 matches but it's going to be a difficult match for the team as their six players Strikers and defenders will be absent for tomorrow's match but their chances are still high. 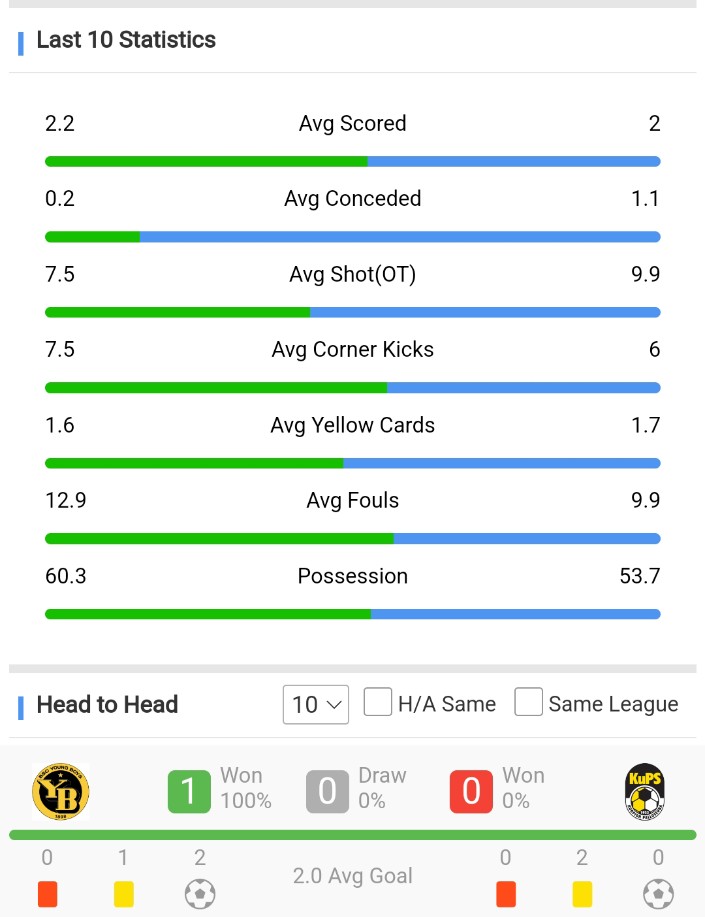 The team has drawn their last match after seeing two straight defeats, which might be an improvement but still no good way to go against Young boys despite their condition. Kups has seen a massive win on away games and hasn't kept a clean sheet in 6 matches with a total of 11 goals in their last five matches. The team has played five matches (W2, L2, D1) and has more advantages for a come-back on away soil.

Last match Young Boys took the win home and now will still have to defend the game again at home will all chance of them winning but there will be fewer goals in tomorrow's match.