Bolivar has left the whole fans thinking about their recent performance as the match is no longer interesting and they have lost the ability to secure the win in their last two matches 2-1 lost against Potosi and 0-4 against the Strongest. The team has had a lot of physical discomfort from their players as they have lost their team spirit within their last five matches (W2, L2, D1) with a total of 10 goals in their last five attempts. The team has seen three defeats in 8 matches and is ranked 4th at the table. 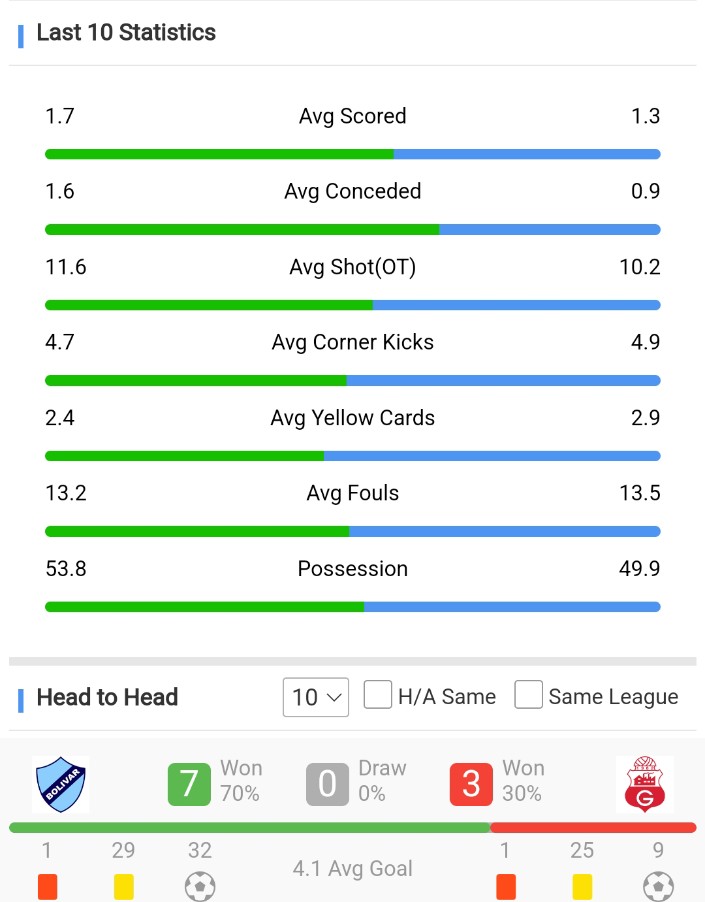 Recently, no question has the team has wonderfully made a narrow coming back and holding 1-0 win in two straight matches. Guabira has scored 7 goals in their lives five matches and has played five (W3, D1, L1), taking on the Bolivar will secure another win for them but both teams have always had a way of taking a turn, which Club Guabira find them as a tough opponent as they at the same point but placed 5th at the table. The Team has lost one away game in their last five matches and has all their key players available at tomorrow's games.

H2h between both teams since 2020/21 is (W2 Bolivar)(W2 Club Guabira) they have always played an impressive game but tomorrow's match will be over goals from both.