Istanbul going for the second leg tomorrow against Breidablik what a match and an impressive one with a lot of teamwork for the players 1-3 win on away soil with the fan's impression. They are starting the game at the fortress with great responsibility expected from the team. Istanbul Buyukeshir Belediyesi has not lost any away match in their last five attempts and has played five with (W4, D1) with clean sheets and a total of 12 goals in their last five matches. In their previous match against Breidablik, they saw the first goal at 38 minutes by Aleksic who scored more goals in the match and there will be an early goal from the team. 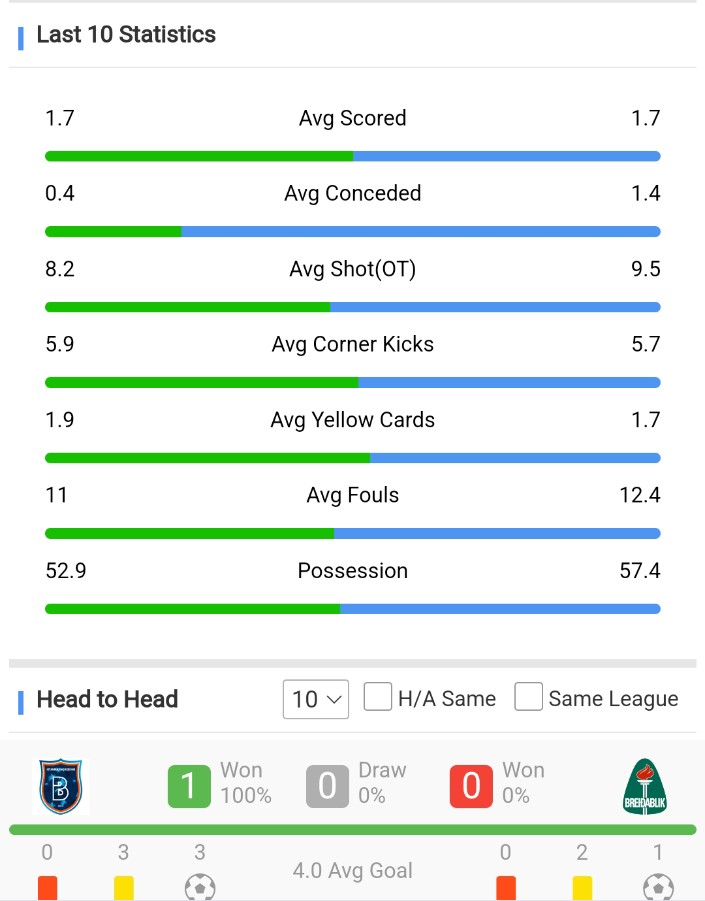 Breidablik's last two matches were a massive defeat for them at the hands of Stjarnan 5-2 even after opening the first goal and 3-1 against Istanbul Buyuksehir Belediyesi, which their fans are not happy to watch their matches with the look of things the fan sits will be entered. More is expected from the team said the head coach and it looks like they have formed a lineup 4-4-2 to support their midfielder to get to their full strength. The team has played five matches (W1, D1, L3) and scored a total of 7 goals in their last five matches and the team was able to score in their straight four matches luck might fall on them.

The last match might say it all but Istanbul has a lot to go against Breidablik at tomorrow's game and chances that Istanbul will secure the win but both teams will score.