The Phoenix Mercury defeated the Liberty 76-62 in their last game. The Mercury were successful in grabbing 40 total rebounds in this game, including 31 defensive and 9 offensive. In addition, they turned the ball over 13 times while pulling off 4 thefts throughout this game. Shey Peddy made a field goal percentage of 41.2% and a total of 7 rebounds, she made 7 of her 17 attempts during the contest. 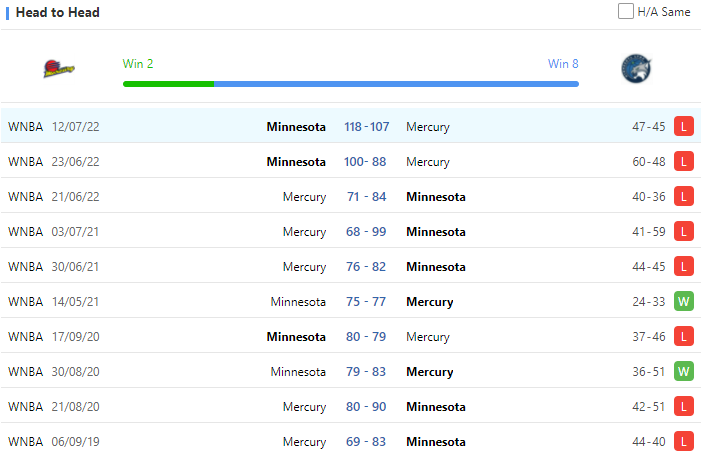 In their last game, the Minnesota Lynx played the Minnesota Lynx and triumphed 81-71. Final field goal percentage for Minnesota was 47.0% (31 of 66), and they made 12 of their 26 attempts from beyond the arc. Moriah Jefferson was one player that had an impact. On 7 of 11 shots, she finished with 18 points. In her 29 minutes of play, she took 4 boards.

With a win over Phoenix on Wednesday, Minnesota would equal the Mercury for the eighth and final berth in the WNBA playoff competition. Minnesota have covered the spread four times in the previous six games while Phoenix have failed to do it in four of the last six.