The Dallas Wings defeated the Liberty 86-77 last time out. The Wings collected 31 total rebounds throughout the game, including 22 defensive and 9 offensive. They lost control of the ball 10 times as well, despite making 8 thefts in this contest. Marina Mabrey hit 11 of 18 shots for a field goal percentage of 61.1% and added 4 rebounds. 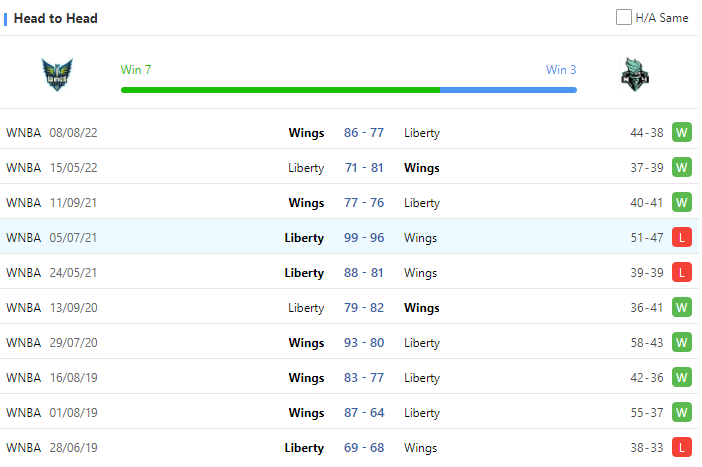 Dallas Wings will attempt to keep their winning streak going. They will likely dominate this match from the first whistle since the Wings have a stronger and more skilled lineup. Take Dallas to continue winning at home on Wednesday night as they cover the spread and win.