Plymouth Argyle and Peterborough United will meet at Home Park for the EFL Cup clash on Wednesday night.

After that Plymouth Argyle claimed a 1-0 victory over Barnsley in the opening of the new campaign, they suffered a 1-2 away defeat at the hands of Fleetwood Town on Saturday. In the last 10 meetings with Peterborough United, Plymouth Argyle had only got 3 wins but suffered 7 losses. 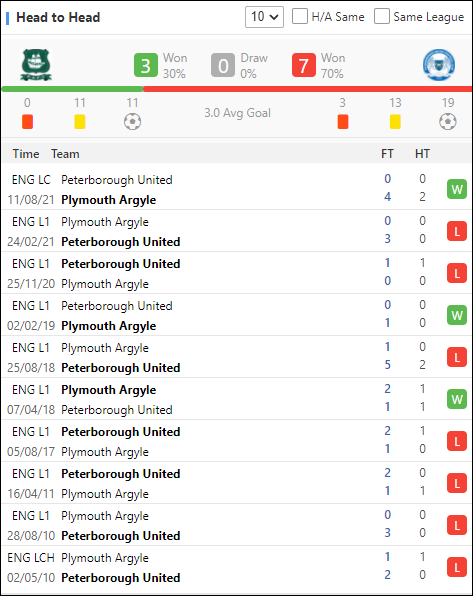 Peterborough United is the only team among League One to win previous 2 rounds since the new season, after they beat Cheltenham Town with 3-2 and swept Morecambe with 3-0.Peterborough United plays well away from home since they have only lost 1 out of last 6 away games across all competitions.

Both sides performed steadily on their attack in the new season. Peterborough United has always been not interested in the League Cup, and has not crossed the Round 4 for 5 consecutive seasons, so I think the host may win the Handicap. And there will be lots of goals.