FRENKIE DE JONG has dealt Chelsea a huge blow in the transfer market after telling them he doesn’t want to leave Barcelona, reports suggest.

Chelsea looked set to hijack De Jong’s transfer to Manchester United, but now it appears they could suffer the same fate as their Premier League rivals by failing to land him.

Frenkie de Jong is set to snub Chelsea for a Barcelona stay. 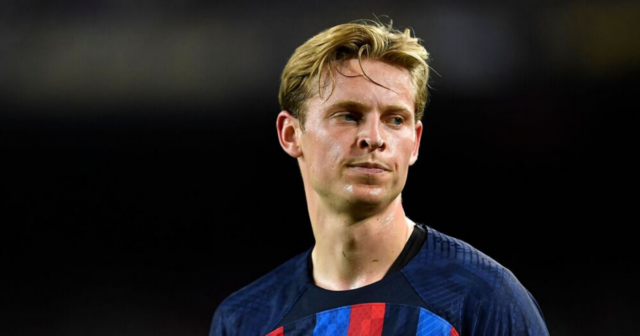 The Dutchman’s future has been a hot topic this summer, with Barcelona reportedly trying to force him out of the club in order to prevent them breaking financial fair play rules.

The Spanish giant’s attempts to register a number of new signings has been rejected by LaLiga owing to their excessive wage bill, which the sale of De Jong would pay for.

They are even said to have threatened him with legal action to revert back to his pre-2020 deal after finding “evidence of criminality” around the contract given to him by the club’s old board.

Regardless, De Jong has no plans to leave.