Middlesbrough will welcome Barnsley at Riverside Stadium in the EFL Cup on Wednesday night.

After drawing West Bromwich(WBA) with 1-1 in the first round of the new campaign on Championship, they lost to with 2-3 in second round. So they wanna seek a victory by Wednesday's EFL Cup clash with Barnsley. In the latest 6 games facing with Barnsley, they won 4 and lost 2. 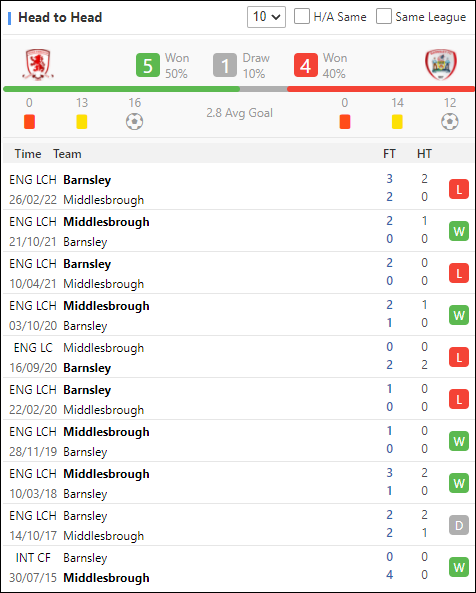 Barnsley is a team playing in League 1, and in the new season, they suffered a 0-1 away loss in the first round against Plymouth Argyle, fortunately, they got their first League win by beating Cheltenham Town with 1-0 in last home game.

Middlesbrough won 4 out of their last 5 home games when facing Barnsley, and their offensive sides performed steadily since the new season. For the other side, Barnsley have been struggling since fell into League 1. I will be backing the home side here.