Coventry City look promising in the new campaign and this match will be their first home ground fixture. Statistics from recent form of both teams give Coventry City an upper hand in this duel. They had a good run during the pre-season, winning all 4 pre-season fixtures. They then drew 1-1 away from home soil in the campaign opener. However, Coventry City defeated Bristol City in their past 3 encounters. Meanwhile, none of the wins came out with a clean sheet. 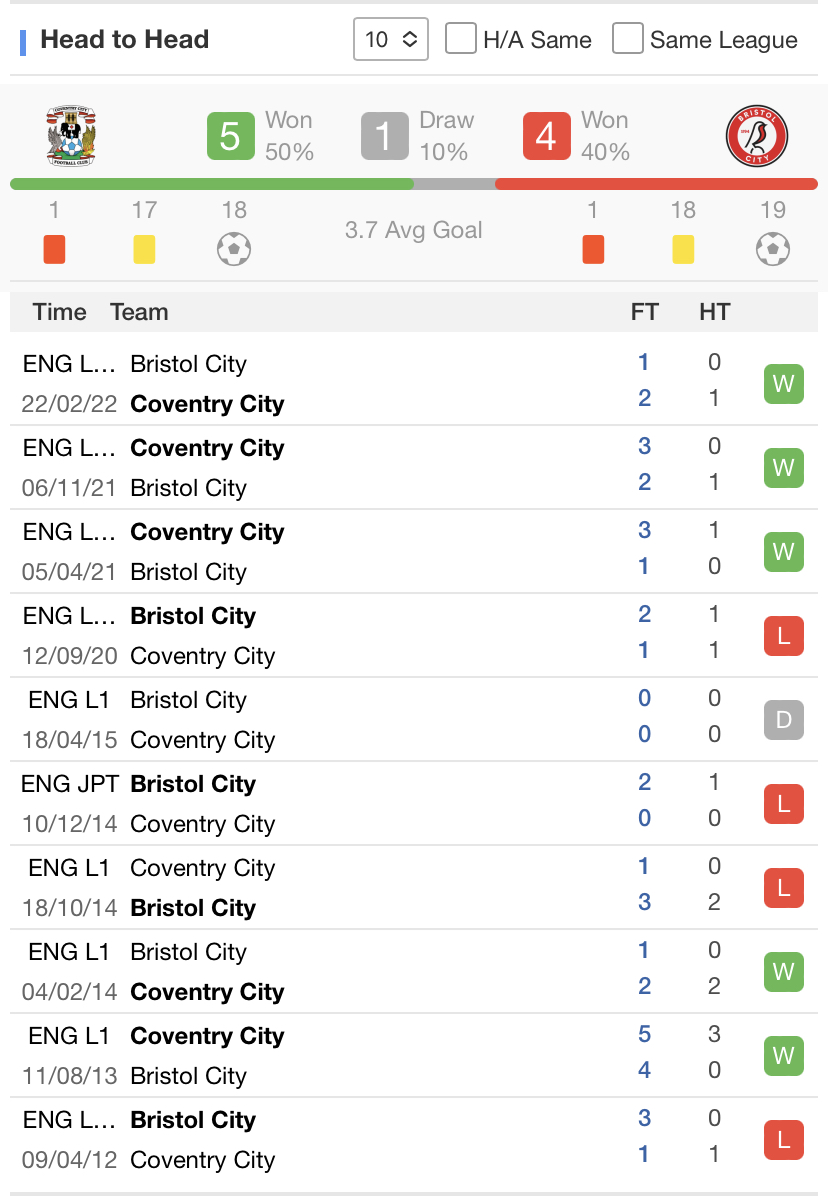 Bristol City secured 3 victories and 1 draw in pre-season matches. However, a poor kickoff in the new season is something to consider ahead of the Cup clash. Bristol City was defeated in the first 2 games in the new season, mainly due to defensive issues. Beginning with a 2-1 away at Hull City before a 3-2 loss in the second game at home against Sunderland. They have leaked five goals and scored three in both matches. For the fact that Coventry City won their last three games and will play their first home game this season is reason I feel they will bank on a significant home advantage to win this game.

Verdict: Statistics from the past H2H between Coventry City and Bristol City portray no signs of a tough game. In seventeen of their past encounters, both teams secured 7 victories. That implies there were three draws in those matchups. I expect the both teams to score, given the fact that both found the net in their last 4 encounters.