Norwich City have been the side to defeat in this duel. With seven wins, six draws and only one loss in their previous meetings against Birmingham City, Norwich City hope to write another history against Birmingham City. Norwich City however, must, put in form defensive challenges they have faced recently. They have been without a victory in 4 games, a setback in form that is getting worrisome for head coach, Dean Smith. They started the pre-season with excellent run of 4 victories in a row before losing twice. Obtaining a red card and conceding to a loss on the road in the first match of the campaign before a 1-1 draw in the second match are not convincing enough but i trust them to pull their usual surprise against their opponent. 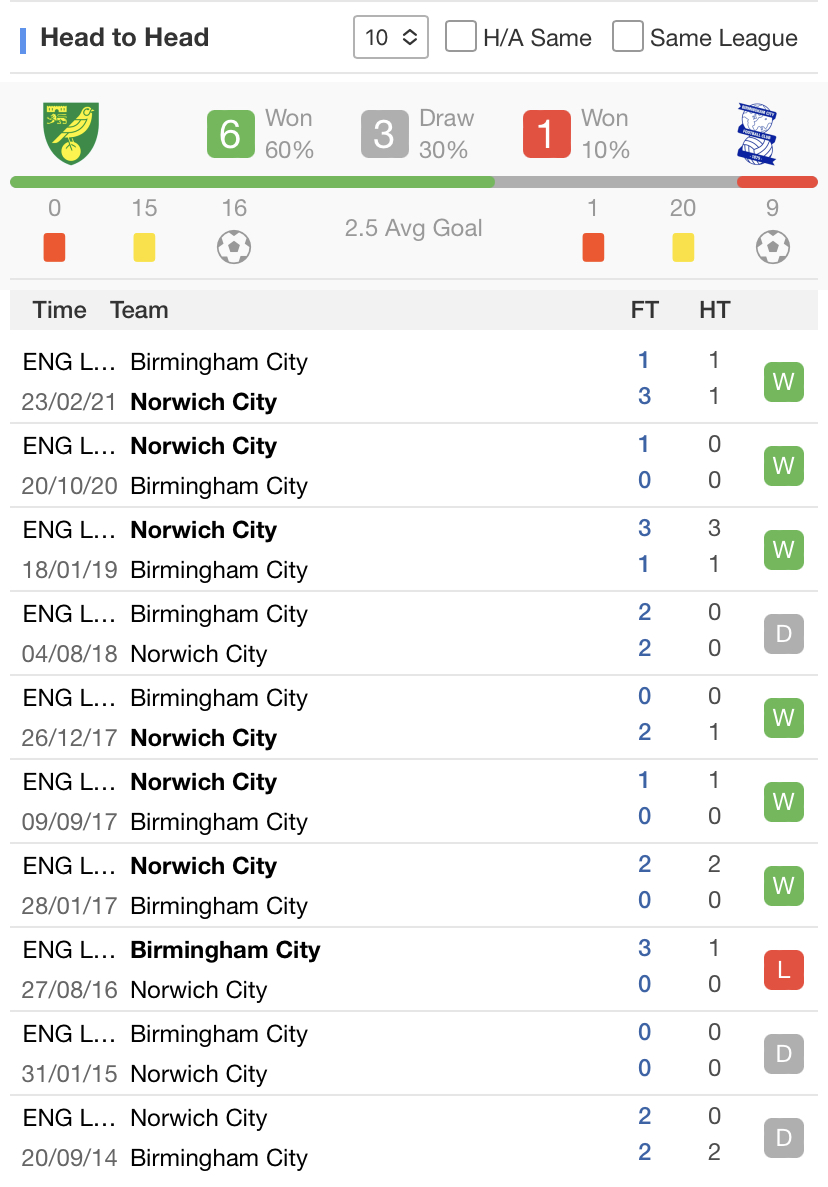 Verdict: Norwich City have lost just once to Birmingham City in previous 14 encounters. While they are not able to kick off the season as many expected after a loss and a draw, I expect Norwich City to continue their dominance with yet another victory on the back of 3 victories on a streak against Birmingham City.