The Dallas Wings defeated Fever 95-91 last time out. 34 total rebounds—24 defensive and 10 offensive—were obtained by the Wings throughout the course of the contest. In addition, they turned the ball over 14 times while recording 10 thefts for the game. Kayla Thornton had a field goal percentage of 80.0 for the game after making 4 out of 5 shots, and she also grabbed 5 rebounds. 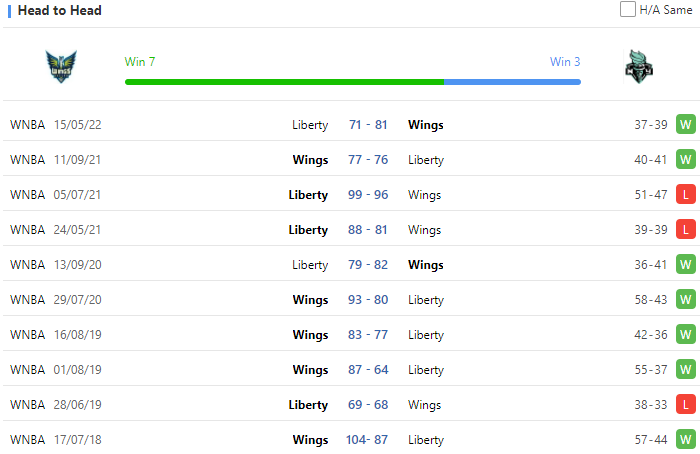 In their most recent match, the New York Liberty took on the Mercury and lost 76-62. New York had a 30.9 percent field goal percentage (21 of 68) and had made 7 out of 32 3-point attempts. A significant participant in this game was Sabrina Ionescu. She ultimately scored 20 points on 6 of 15 shots. She spent 34 minutes on the court and finished with 5 boards.