After Genoa loss 0-1 to Mallorca in their first warm-up match, Genoa expeditiously returned to winning ways and surprised their fans, defeating Lazio with a convincing 4-1 score line, Massimo Coda scored hat-trick in that match. Genoa faced disastrous records last season, where they suffered relegation from Serie A after 15 years in the competition, but as the team with the biggest budget in Serie B, they are one of the main candidates for a return to the top flight. Among the reasons for Genoa relegation from Serie A was their inconsistent attack, which managed to find the net only 27 times during the season, while their top scorer Mattia Destro with 9 goals left the club this summer. 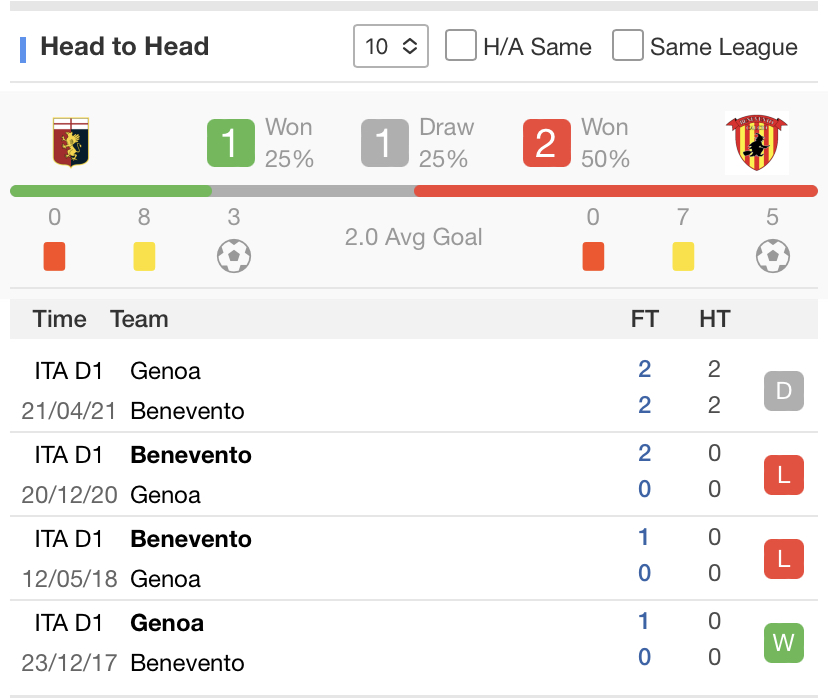 Benevento shown a disorderly performance in the pre-season, particularly in attack, as they suffered a narrow 0-1 defeat at Cosenza,m. They were on the verge of returning to Serie A past season, but the team was deleted from the play-off by Pisa, Benevento has a huge desire to return to Serie A, and their leaders have signed large number of players during the summer transfer window. In previous 20 played matches, Benevento succeeded in winning 10, and was defeated in 7 while 3 of those matches ended in draw. They managed to record 5 wins, 5 defeats and 0 draw in their previous 10 travel matches.

Verdict: All things been equal, I expect a tight 90 minutes with few chances and low scoring.