Hacken has played 16th matches with 9 wins, five draws, and lost 2 and second place with 32 points at the table. The team is one point clear from the top spot and winning the match will get them in that position. Their last game was a draw after an own goal, comes they come back at 7 minutes from Jeremejeff who scored a hat trick in the match with a total of 13 goals in five attempts. The team has conceded the most penalties this season(5) and also awarded the most penalties this season(4) and ranked 1st in goals scored per match (2.3 goals). 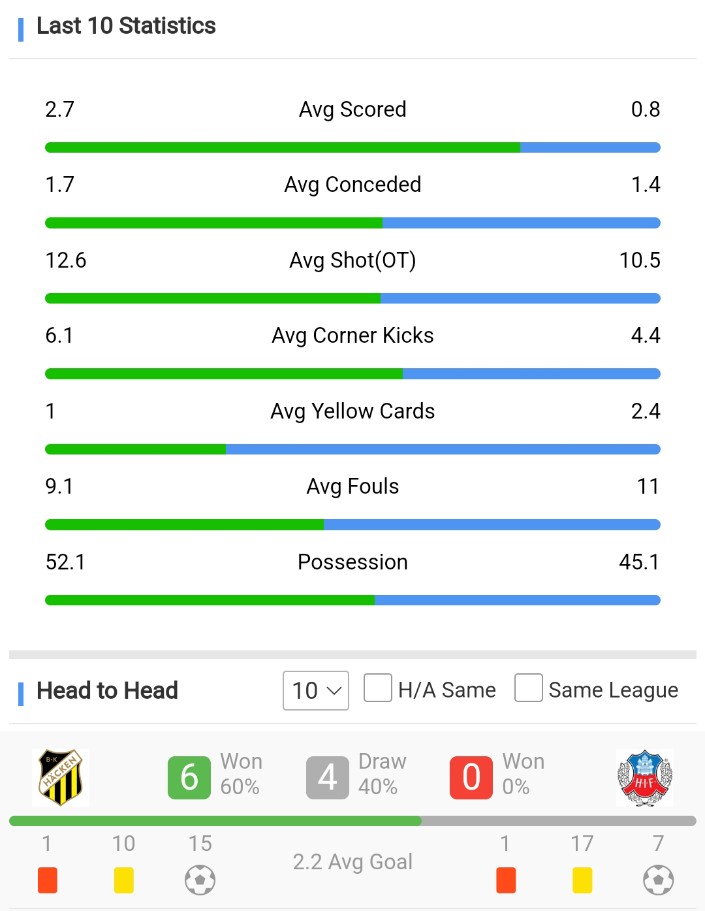 The team has ceased to function and their performance is poor after losing 10 matches with just two wins and four draws which placed them 15th at the table. Helsingborg hasn't kept any clean sheets in the competition and ranked 16th in goals scored per match ( 0.2 goals ), which they haven't won any Away match in their last 8 matches. Fewer chances of winning against Hacken as they are in the relegation zone with no scoring ability and have 3 goals in five attempts.

Since 2020/22 both teams have seen draws and have not scored more than 3 goals at each meeting in their last 3 meetings but how Hacken may have what it takes to secure the win.