Monday, Aug 8th, 2022,2:05, Chivas Guadalajara(w) and Toluca(w) will play against each other at Liga MX Femenil Apertura Round 6.

Chivas started the season with an incredible performance after a summer back and last was a tough season for them. The team has secured every win since the beginning of the competition, holding out all home games with 2+ goals and scoring a total of 9 goals in their last five matches. Chivas is ranked 1st in the competition and the team with most goals with no draw and lost in six attempts. The team's last meeting against Toluca has always been successful both home and away. 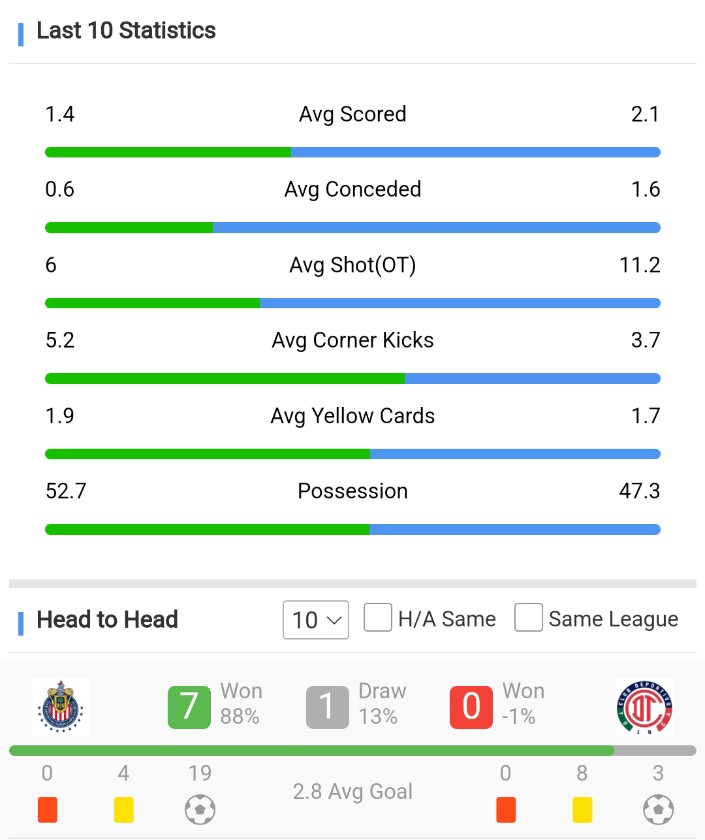 The team is 5th at the table with 10 points and their last match was too difficult as the team was not able to secure a win after seeing three wins. They have not strengthened their front strikers and their last game shows likely poor performance will still go wrong if the full team does not communicate with each other. The chance that the team will score against Chivas and will like to see a win since their last meeting 2021/22 and their last five matches (W3, D1, L1).

Since 2021/22 Toluca will likely score and win the match but the home team is fighting to maintain the top spot and not drop a point.