West Bromwich(WBA) will welcome Watford at their Home soil on Monday 8 August at The Hawthorns.

West Bromwich fan should enjoy the clash on Monday, where the 2nd round of the new season will close the duel between West Bromwich and Watford, and the teams will aim to continue on a positive record. West Bromwich faced a big task on the 1st day of the England Championship campaign, but they managed to take one point, in a 1-1 draw with Middlesbrough, therefore they will want to prove themselves in this first home match. They have not lost any of their last 4 outings and have kept 5 clean sheets in their past 10 home matches. They proved to be a hard nut to crack past term, ending the campaign as one of the best domestic teams in the Championship, hopefully they will adopt an attacking approach. 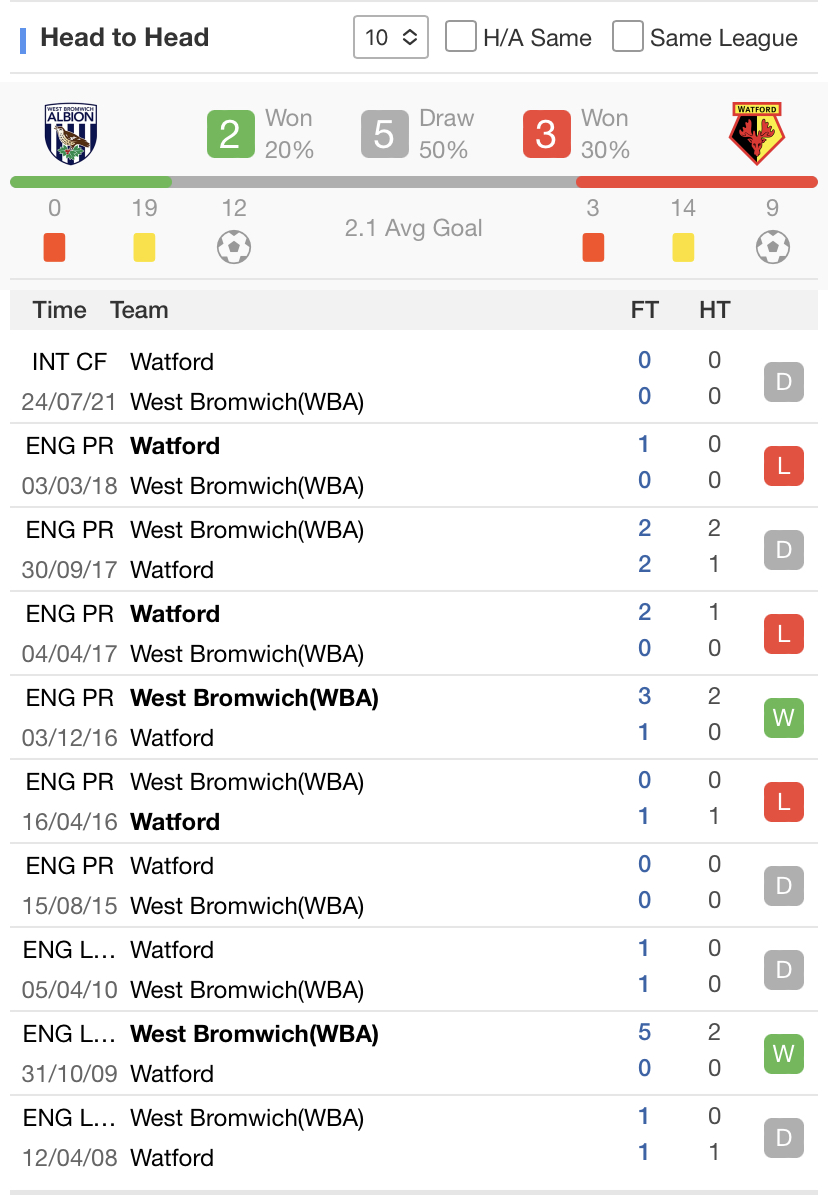 Watford are back in the 2nd tier after a year, but they will do anything possible in their power to return to the top flight of English premiership, it's therefore no wonder they are among the promotion contenders. Watford started the new season in the best possible way, salute to Joao Pedro, who brought all 3 points to his team against Sheffield United with a narrow 1-0 victory. Watford have lost 4 consecutive away matches. Last term Watford faced a major setback in the defense system, conceding as many as 77 goals and that was the main reason for their relegation from the English Premier League.

Verdict: The last H2H between both teams at The Hawthorns was very exciting, and both teams had to settle for a point, in an interesting 2-2 draw, so i do believe to see a replay of that duel come Monday. Both teams will be able to find the back of the net.