The Seattle Storm defeated the Minnesota Lynx 89-77 in their most recent match 89-77. They collected 33 rebounds overall in the game, including 30 defensive boards and 3 offensive boards. Additionally, they turned the ball over 10 times despite making 9 thefts throughout this game. Breanna Stewart made 13 of 20 field goals during the game, good for a 65.0 percent clip, and grabbed 8 rebounds. 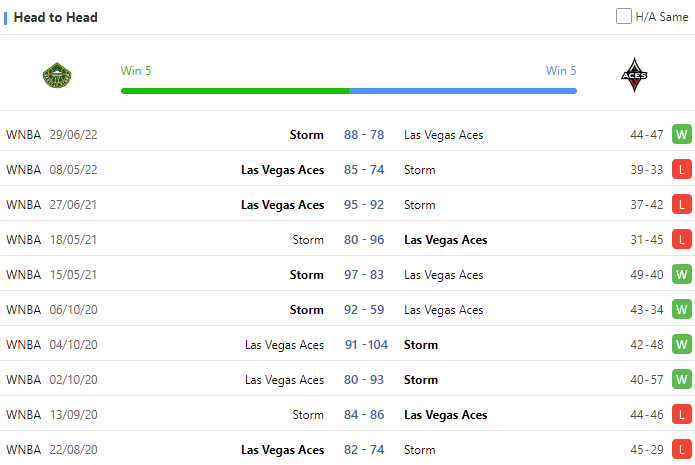 In their most recent game, the Las Vegas Aces were defeated 82-80 by Dallas Wings. Las Vegas finished the game with a field goal percentage of 44.9 percent (31 of 69) and 10 out of 33 3-point attempts that were made. Chelsea Gray made 11 of her 17 shots for 28 points. She played for 34 minutes while also grabbing two rebounds.

These are two of the best teams in the Western Conference, and both of them will keep pushing for the top seed. Despite recent struggles, Las Vegas are the superior squad in this clash and have to win to snap a losing skid. Take Las Vegas to perform well enough on the road Sunday to secure a significant victory in Seattle.