At the Entertainment and Sports Arena on Sunday, the Washington Mystics (20-12) take on the Los Angeles Sparks (12-19).

The Washington Mystics defeated the Las Vegas Aces 83-73 last time out. They managed to grab 38 rebounds overall throughout the game, including 32 defensive boards and 6 offensive boards. They lost control of the ball 9 times while snatching 4 in this game. Natasha Cloud made 6 out of 16 field goals during the game, shooting 37.5 percent overall, while also grabbing 4 rebounds. 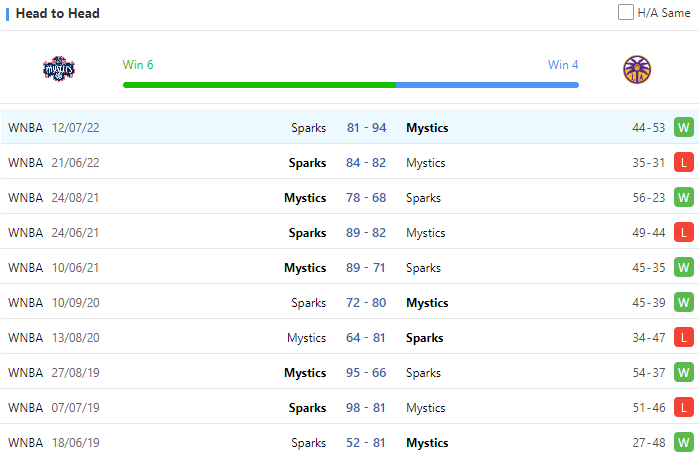 The Los Angeles Sparks were defeated 64-61 by New York Liberty last time out. They hit 4 out of their 17 tries at 3-pointers, for a final field goal percentage of 40.0 percent (24 of 60). The Sparks made 9 out of 9 attempts from the free throw line, representing 100.0 percent of their attempts. Nneka Ogwumike made 8 of her 11 shots for 19 points.

Washington will have the benefit of playing at home. In five of their previous eight games, Washington have covered the spread. Los Angeles have dropped all six of their games and is 3-3 ATS during that time. The Mystics will gain an advantage in the second half and win the whole game.