German Bundesliga Round 1 at 14:30, VFB Stuttgart goes head to head against RB Leipzig.

The team is going to start their first match tomorrow against RB Leipzig and this summer has brought a lot of opportunities and the signing of new players. Their match against RB Leipzig is going to be tough as they have lost seven of the eight meetings between the two sides, the heaviest being a 4-0 thrashing 12 months ago. Stuttgart's side will play to secure their status with the signing of players Hiroki and Konstantinos after making a loan move. 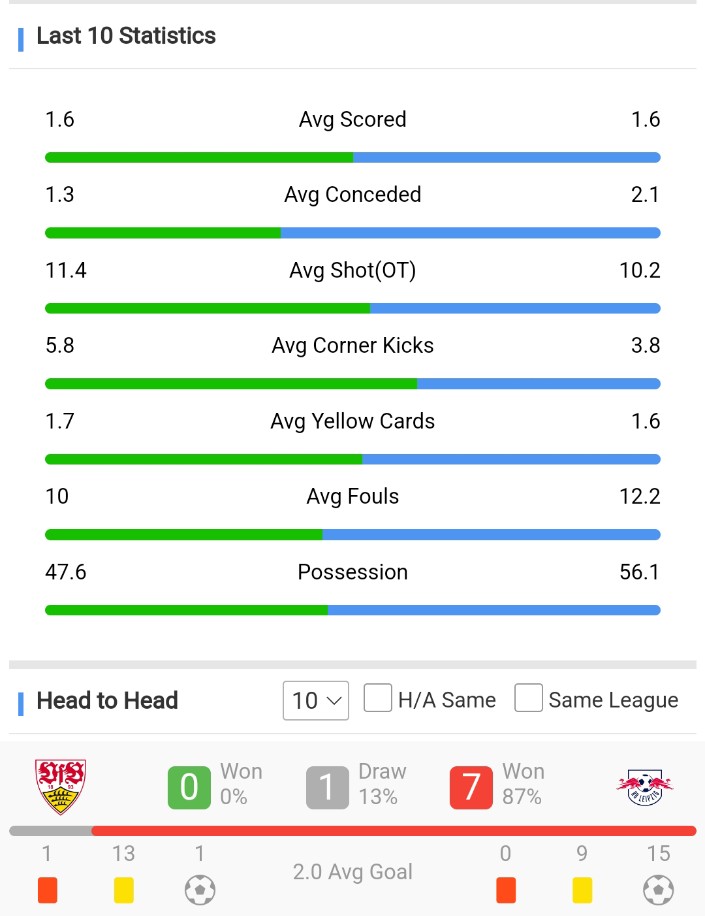 Leipzig ended last season in fourth place, their lowest finish since 2017/2018 and they won their first ever major Silverware in the form of the Germany Cup, but then suffered a 5-3 defeat to Bayern Munchi in the traditional season Curtain raiser, the German Super Cup, last weekend. The team has had difficulties in defense and with just two clean sheets in their last competition from their final eight competitive matches.

Chances that RB Leipzig will secure the win 100% chance against VfB and has secured more away win.