The match between Man Utd vs Brighton for the England Premier League competition is scheduled to be played on 07 August, 2022. The match kicks off at 14:00 UK time. It will take place at the Old Trafford, in Manchester.

The Seagulls thrashed United 4-0 at the Amex Stadium in May and the hosts will be looking for revenge, but Brighton shouldn’t be underestimated despite the departures of Marc Cucurella and Yves Bissouma over the summer. United won just one of their final six games last season and have failed to win their last three friendlies. United’s pre-season campaign doesn’t exactly inspire confidence and the drama surrounding Cristiano Ronaldo’s desire to leave the club has been an unwelcome distraction for Ten Hag. 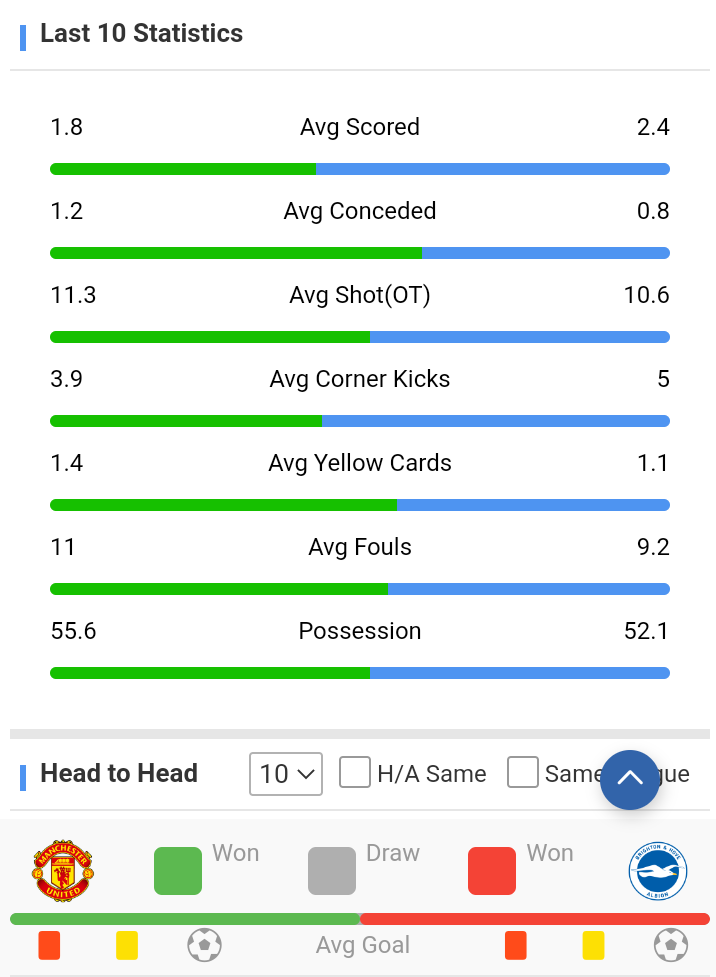 Graham Potter’s men only lost four of their 19 away games last season and they ended the campaign with just one defeat in their final nine games – and that loss came at champions Manchester City. Brighton will set up with a defensive formation and as United failed to score in three of their final six games last term we may not see a great deal of goalmouth action on Sunday.

That said, both teams have the quality to make a breakthrough but the home team must take revenge in this match.

Football English Premier League Brighton Hove Albion Manchester United
(Disclaimer：Any views or opinions presented are solely those of the author and do not necessarily represent those of NowGoal. We disclaim any responsibility and accepts no liability for any direct or indirect loss or damage arising from any inaccuracies.)