This should be a very interesting and exciting match as Bodo Glimt takes on Odd Grenland in the upcoming engagement of Norwegian Tippeligaen on Saturday, 6 August.

Following an impressive 6 consecutive home wins, Bodo Glimt takes on Odd Grenland in the upcoming engagement of Eliteserien on Saturday as we enter game week 17 of the season. Bodo Glimt sits 3rd on the table with 31 points that is, 5 points away from the top of the league table. They need to get a victory here so, they can close the gap and mount pressure on Molde who is currently on top of the league table. Bodo Glimt have won all of the last 4 games in all competitions. They won 5-0 against Zalgiris Vilnius in their past match, registering 13 shots on target. Three of the last five H2Hs between both teams at the home soil of Bodo Glimt featured a high-scoring totals. They have a remarkable record of scoring at their home soil as they have managed to score an average of 5 goals per match in the last 5 home games. They will surely play with a great momentum. 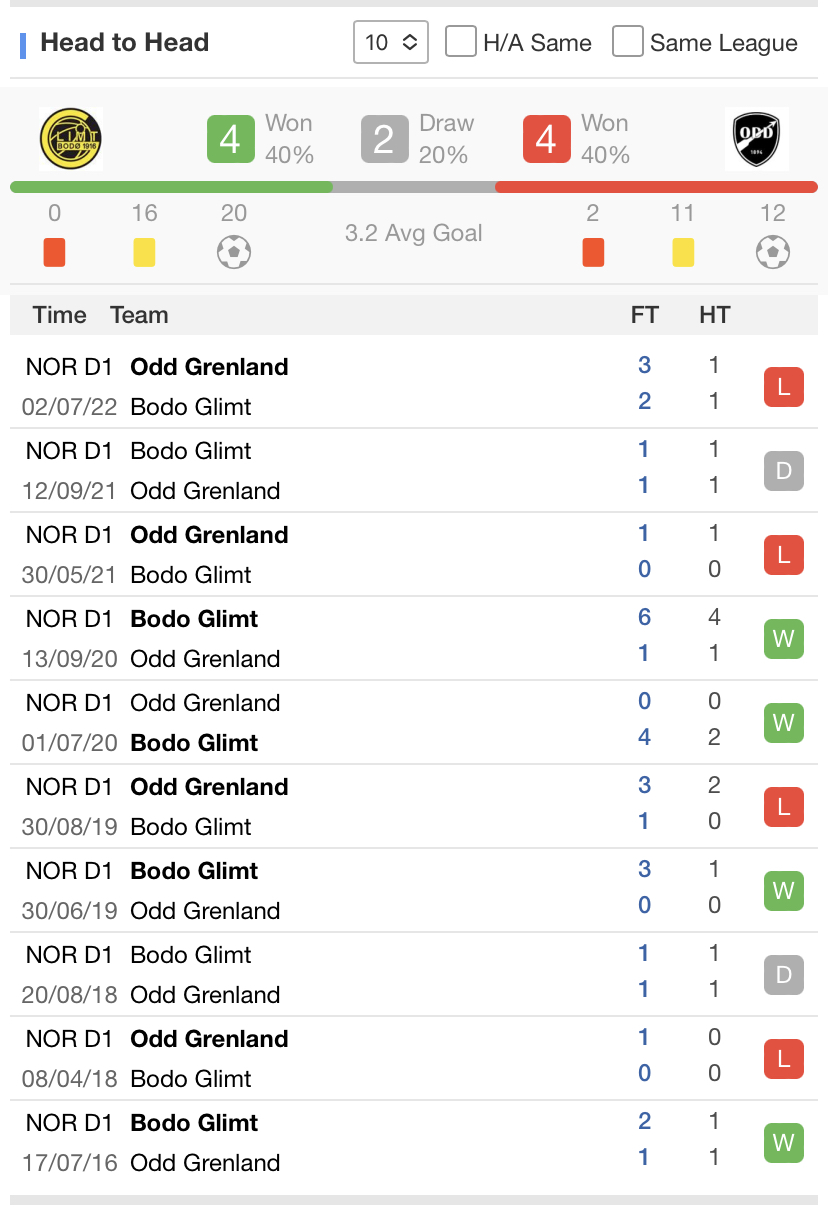 Odd Grenland lacks coordinations as they are yet to win in any of their recent 4 attempts. They should be mindful of the fact that they could get dropped into the relegation battle as they are just 4 points away. They managed to get 20 points from 17 games in which they lost 9 games and won 6 games. They have an unbeaten streak at their away games but they have not managed to win a game in the last 5 trips to Bodo Glimt, losing 3 of those matches. Odd Grenland have managed to score at least 2 goals per game in 3 of their previous 5 matches.

Verdict: Bodo Glimt will not have difficulty finding the target because they have rattled the net in all of their home games this year. On the contrary, Odd Grenland is not left out, they will try to score, they managed to score in 7 of the last 10 attempts and hit the target in most of the latest away matches.

Football Norwegian Tippeligaen Odd Grenland Bodo Glimt
(Disclaimer：Any views or opinions presented are solely those of the author and do not necessarily represent those of NowGoal. We disclaim any responsibility and accepts no liability for any direct or indirect loss or damage arising from any inaccuracies.)