Everton are up against their first guests, Chelsea. Everton have lost 12 of their previous 20 games. They are expected to play better but anyway they will face a very tough job at the beginning of this campaign because they are playing against one of the best teams in the league. Everton are not in a better shape and form, therefore would play a defensive game here striving not to concede a good number of goals. Playing at home soil is an advantage for Everton here as they have not been defeated at home by Chelsea in the past 10 played matches. The departure of Richarlison will really affect Everton defense patterns. After 10 meetings between the both teams it only point to 4 victories for Everton, with 3 games being drawn, that leaves 3 wins for Chelsea. Everton have maintained a slight advantage in recent matches with Chelsea, securing one more win in the last 6 duels. They really have a lot of catching up to do regarding this fixture. 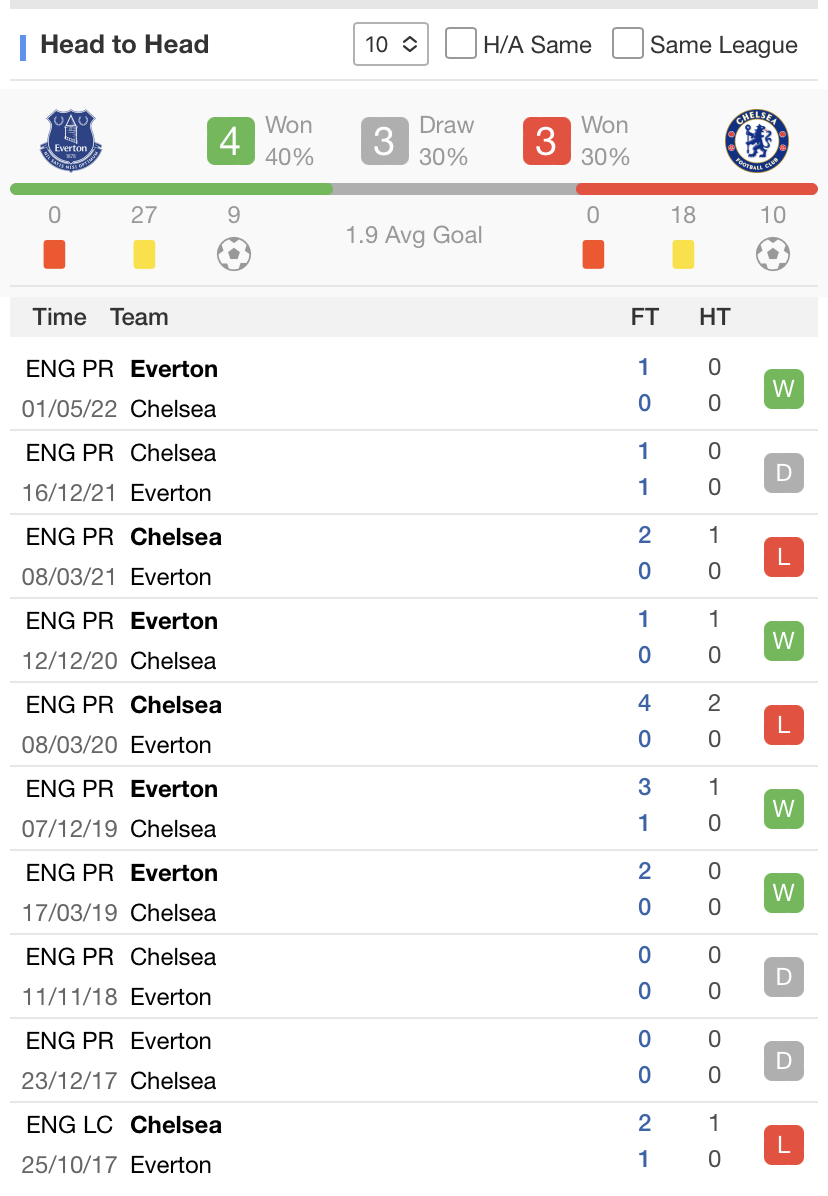 Despite Chelsea finishing 3rd and sealed the UEFA Champions League group stage, they really had a messy season, as they dropped out of the title race earlier than expected, finishing the season 19 points behind champions Manchester City. Chelsea defeated Watford in their last match, winning the Premier League clash with a 2-1 score line. They have not been defeated in any of their last 4 matches. They were great on their away trips at the end of the previous season as they won 6 of their past 10 away matches.

Verdict: Everton have not been defeated at home by Chelsea in the past 10 played matches. Thus they will struggle for a 5th unbeaten home streak at Goodison Park.

Football English Premier League Chelsea Everton
(Disclaimer：Any views or opinions presented are solely those of the author and do not necessarily represent those of NowGoal. We disclaim any responsibility and accepts no liability for any direct or indirect loss or damage arising from any inaccuracies.)