The match between Fulham vs Liverpool for the England Premier League competition is scheduled to be played on 06 August, 2022. The match kicks off at 12:30 UK time. It will take place at the Craven Cottage, in London.

Fulham cruised to automatic promotion in the Championship last season but the Cottagers face a baptism of fire as they host Liverpool in their curtain raiser on Saturday. Marco Silva’s side closed the book on their Championship campaign with a 4-0 defeat at Sheffield United in the final round of fixtures in May and I expect them to be similarly humbled when they face the title-chasing Reds. 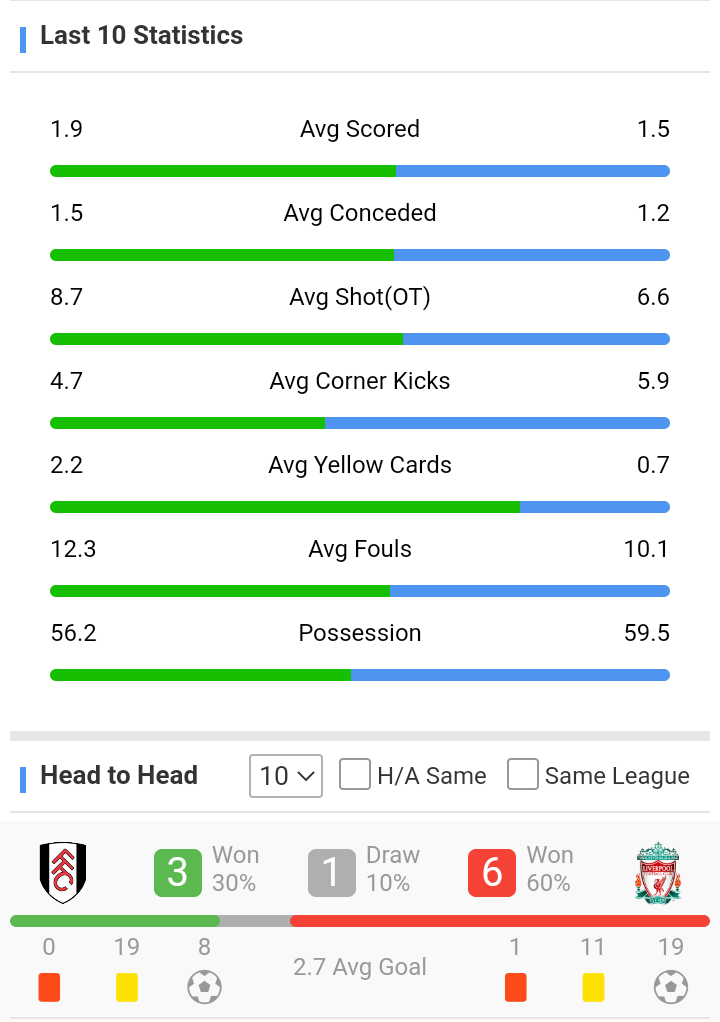 Liverpool began their season in perfect fashion last weekend with a 3-1 win over Manchester City in the Community Shield and, given their past performance in the opening round of the season, we can expect another thriller at Craven Cottage. They have been involved in the highest-scoring opening-round fixture in five of the last six seasons, winning five times, scoring 22 goals and seeing at least four goals on five occasions.

I’m backing Jurgen Klopp’s side to rampage to a commanding victory, continuing their high-scoring ways in the opening round of the season with ov2.5 goals.

Football English Premier League Liverpool Fulham
(Disclaimer：Any views or opinions presented are solely those of the author and do not necessarily represent those of NowGoal. We disclaim any responsibility and accepts no liability for any direct or indirect loss or damage arising from any inaccuracies.)