Round 1 Bundesliga at 17:30, at Signal Iduna Park(Dortmund) where Borussia Dortmund goes head to head against Bayer Leverkusen.

Five-time Bundesliga Champions Borussia Dortmund beginning the season to start an attempt to dethrone rival Bayern Munchi but without their star striker Haaland who headed to Man City in the summer. The club signed new players Karim Adeyemi and Haller to pull a strong striking force and they also used the money from Haaland to seal a defensive player, Niklas Sule and Nico Schlotterbeck. The team has not drawn any home game since 2021 and produced more goals last season. 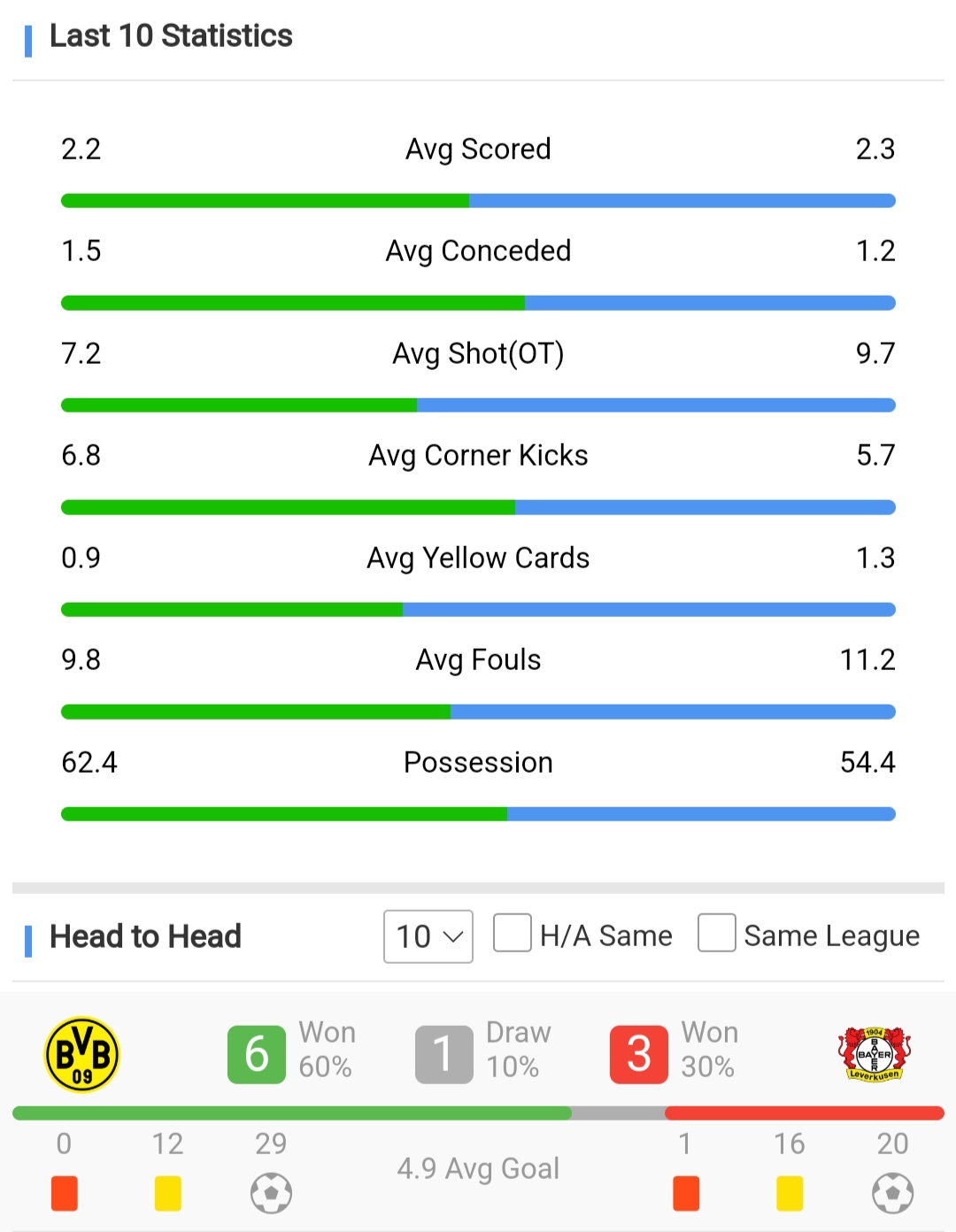 The team finished third last season behind Borussia Dortmund and poorly started the season by losing their cup clash 4-3 against the third division team. In the summer the team signed a new player Adam Hlozek from Sparta Prague to strengthen their team despite the fact the team is undefeated in their last three league openers (W1, D2) and they have gone to the length of building one of the best defense in Bundesliga.

Both teams have always had a good time on the pitch and in their last since 2020 -2021 Bayer Leverkusen has more wins than Dortmund which both sides will score.

Football German Bundesliga Bayer Leverkusen Borussia Dortmund
(Disclaimer：Any views or opinions presented are solely those of the author and do not necessarily represent those of NowGoal. We disclaim any responsibility and accepts no liability for any direct or indirect loss or damage arising from any inaccuracies.)

Chijioke 456 Article
I am Chijioke.I am a super Barcelona fan.I enjoy writing and analysing games in sport betting.I am interested in winning.
See More Article