The match between Benfica vs FC Arouca for the Portugal Primeira Liga competition is scheduled to be played on 05 August, 2022. The match kicks off at 20:15 UK time. It will take place at the Estádio do Sport Lisboa e Benfica, in Lisboa.

New coach Schmidt is renowned for high-intensity attacking play with plenty of risks and occasional lapses at the back – which is what has been delivered throughout the Eagles’ pre-season program too. Benfica won all five warm-up games with at least three goals in four of them and then took the Danish team apart at the Luz in a 4-1 Champions League qualifying victory that could easily have seen them score six or seven. 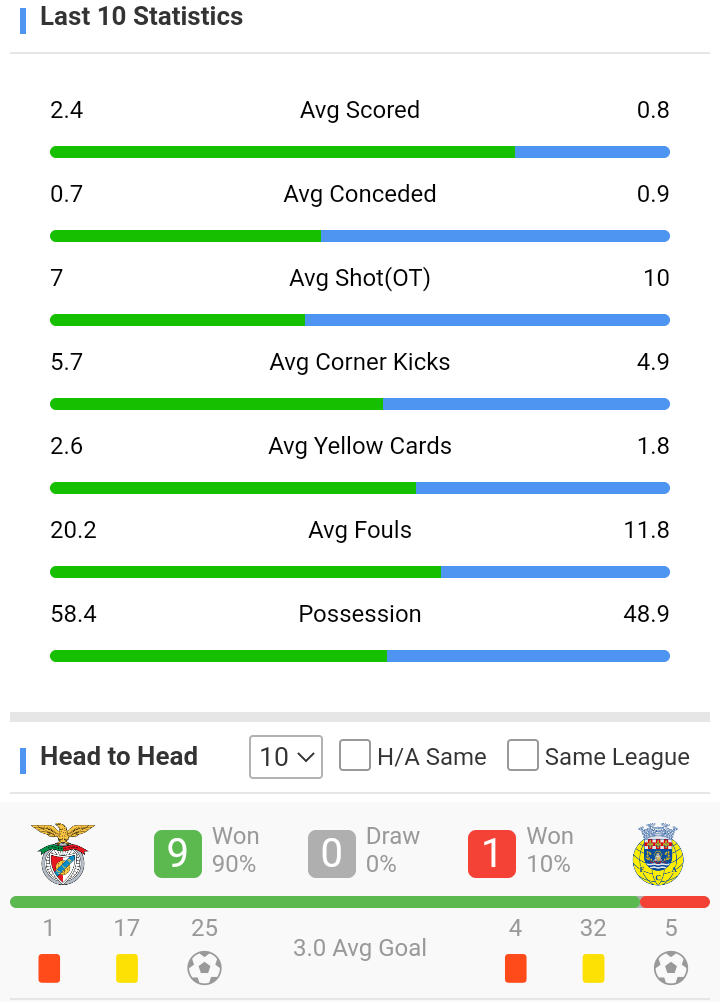 It’s going to be a hard ask for Arouca, a team that stayed up by a couple of points after gaining promotion in 2020-21, to keep the scoreline from getting embarrassing on Friday – even if Schmidt decides to rest a couple of players for the second leg in Herning.

A healthy 59% of Benfica’s home league games last season featured more than three goals – and that was before Schmidt arrived – so we are confident of the win and over 2.5 goals

Football Portugal Primeira Liga FC Arouca Benfica
(Disclaimer：Any views or opinions presented are solely those of the author and do not necessarily represent those of NowGoal. We disclaim any responsibility and accepts no liability for any direct or indirect loss or damage arising from any inaccuracies.)