Round 2 of England Championship will kick off with a match between Birmingham City and Huddersfield Town on Friday night.

They were twentieth in the last season. It is surprising that they tied with Luton Town in the first match, with over a half of possession percentage. It is believed that they will play better with the home benefits in the coming game.

Due to their strong performance the previous season, they are among the favorites to improve this season. However, they had just two shots and a terrible possession rate against Burnley in their first EFL match, which ultimately resulted in a 0-1 loss. 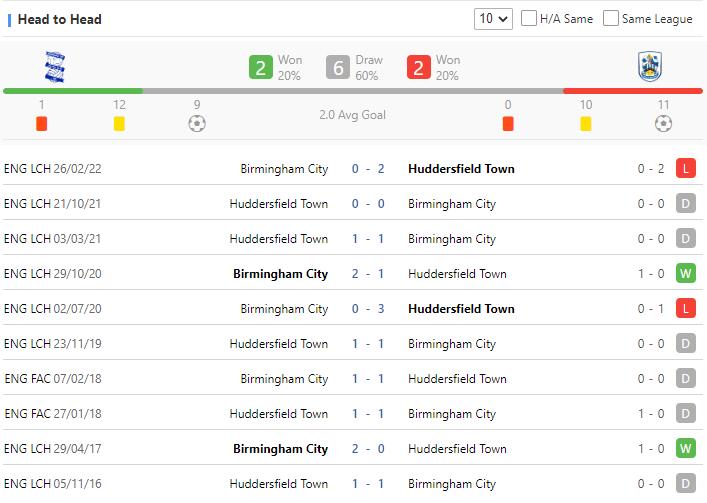 Neither of them get the psychological advantage through their past head to head games with 2W-6D-2L. Birmingham are slightly better than Huddersfield in form. And they have the home advantage. So Birmingham tend to win in the upcoming game.

Football England Championship Huddersfield Town Birmingham City
(Disclaimer：Any views or opinions presented are solely those of the author and do not necessarily represent those of NowGoal. We disclaim any responsibility and accepts no liability for any direct or indirect loss or damage arising from any inaccuracies.)