Eintracht Frankfurt and Bayern Munchen will give us an opening show of Bundesliga 2022/23 season at Deutsche Bank Park on Saturday.

They gave the Europa games their whole attention the season before, won the trophy, qualifying for the UEFA Champions League. So they spend a lot in transfer market for the preparation of the new season. In the last game of DFB-Pokal, they got a 4-0 away win from Magdeburg.

There has been a significant lineup change. In light of Robert Lewandowski's departure from the team, they are seeking his replacement. Sadio Mane takes over temporarily and has scored one goal in his first Bayern match. 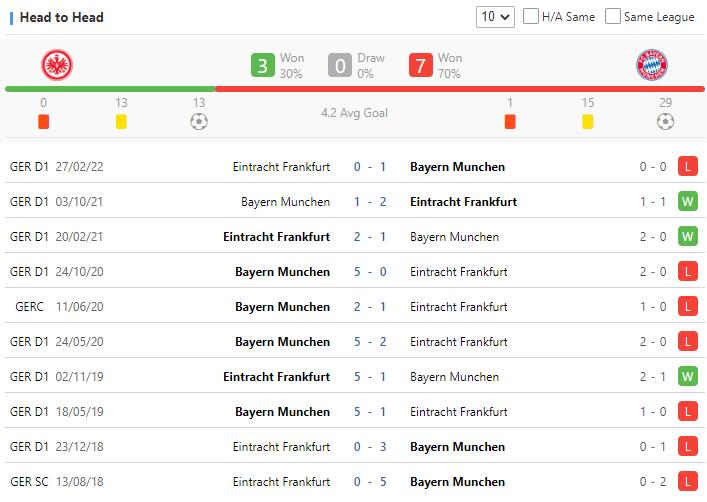 Seeing from their past head to head games statistics, the average goal is up to 4.2 and nine half time scoring of ten is no more than 2. We anticipate both teams should score, and the HT score should be under 1.5.

Football German Bundesliga Bayern Munchen Eintracht Frankfurt
(Disclaimer：Any views or opinions presented are solely those of the author and do not necessarily represent those of NowGoal. We disclaim any responsibility and accepts no liability for any direct or indirect loss or damage arising from any inaccuracies.)