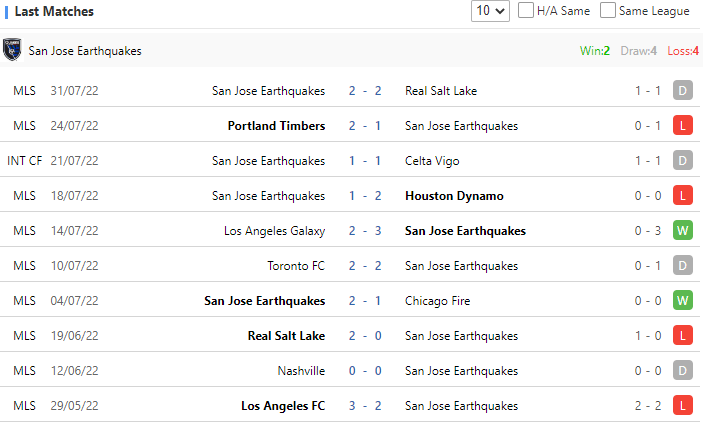 Inter Miami CF have won only once in 10 away games this season. The 1x2 first odds is 1.80-3.80-3.75, which means support the home team. Earthquakes should win this game.

Football USA Major League Soccer Inter Miami CF San Jose Earthquakes
(Disclaimer：Any views or opinions presented are solely those of the author and do not necessarily represent those of NowGoal. We disclaim any responsibility and accepts no liability for any direct or indirect loss or damage arising from any inaccuracies.)