Oud Heverlee
Oud-Heverlee Leuven, who won their previous game, will hope for a similar result following the 1-3 First Division A triumph versus Oostende. Matches featuring Oud-Heverlee Leuven have proved to be lively encounters of late with a lot of goalmouth action being the norm. Over their past 6 clashes, the sum of 21 goals have been scored for both teams combined (at an average of 3.5 goals per game) with 11 of these belonging to Oud-Heverlee Leuven. Let’s find out if that trend can be sustained here. 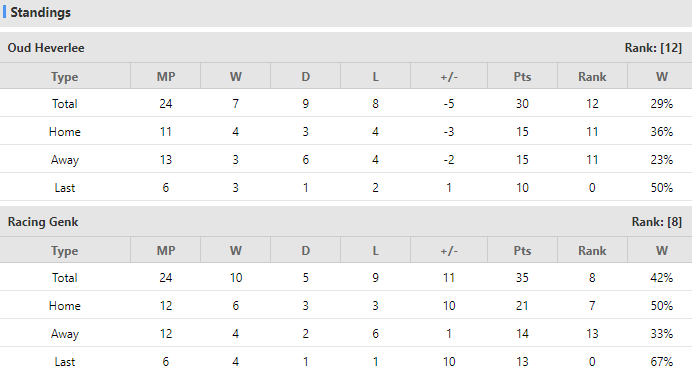 Racing Genk
Genk will go into the meeting following on from a 2-0 First Division A win versus SV Zulte Waregem in their last match. In their last half-dozen outings, KRC Genk have amassed the sum of 16 goals. KRC Genk have additionally got on the scoresheet on each one of those occasions. Over that period, their defenders have seen 6 goals go against them.

Verdict:
We’re envisaging that Oud-Heverlee Leuven could find themselves up against it to break down this KRC Genk team who should win and very possibly keep a clean sheet. With that in mind, we reckon that it will be a good tussle with a 0-1 win for KRC Genk at the end of the match.

Football Belgian Pro League Racing Genk Oud Heverlee
(Disclaimer：Any views or opinions presented are solely those of the author and do not necessarily represent those of NowGoal. We disclaim any responsibility and accepts no liability for any direct or indirect loss or damage arising from any inaccuracies.)