Daegu FC has only won 2 out of their last 10 rounds, but they owned 90% unbeaten rate in this period. They are dominant at home, since they have picked up 5 wins, 4 draws and 2 loss in last 11 home games in this competition. 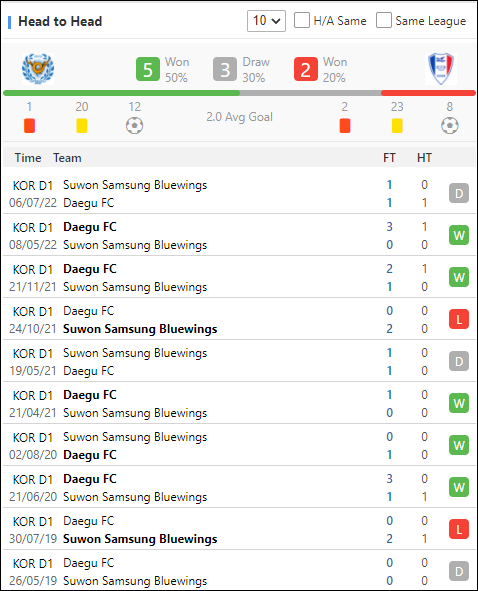 Suwon Samsung Bluewings are in poor forms since this season. They have been doomed to be in the relegation-playoffs with only getting 21 points after 23 rounds. Also, they have suffered 4 losses on the road in their recent schedule, being in poor state as away.

Suwon Samsung Bluewings failed to win any of their last 10 rounds, and they are not playing well on the road, so I will go for the host in this round.