Vissel Kobe and Avispa Fukuoka will fight for the 1st leg of J-League Cup Semifinal at Noevir Stadium on Wednesday.

They are in a bad condition since up to six key players will be out due to injuries and personal issues. Now they rank seventeenth at the table of J1 League. The most important thing for them is to avoid relegation in J1 League. They will not put effort into the Cup.

To bolster themselves, they bring in John Mary. They have a strong lineup with up to five foreign players. They have never upgraded from Semifinal of the cup. Undoubtedly they want to make a new record. 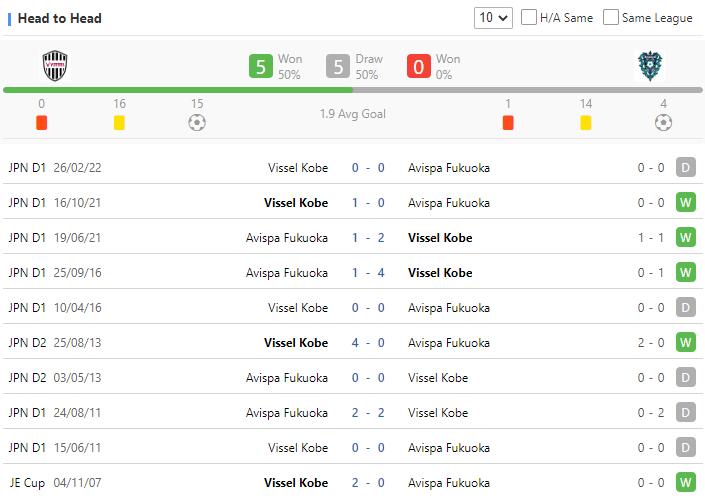 Both of them have scored less than 1.5 goals on average of recent ten games. Considering that Vissel Kobe are in poor condition, we anticipate that the total goals of the upcoming fixture will be under 2.25.