The New York Liberty defeated the Phoenix Mercury 89-69 in their last game. 42 total rebounds—32 defensive and 10 offensive—were collected by the Liberty throughout this game. They committed 16 turnovers and only managed 5 steals during the game. Natasha Howard got 12 rebounds and a rate of 76.9 percent in this game after making 10 of her 13 shots. 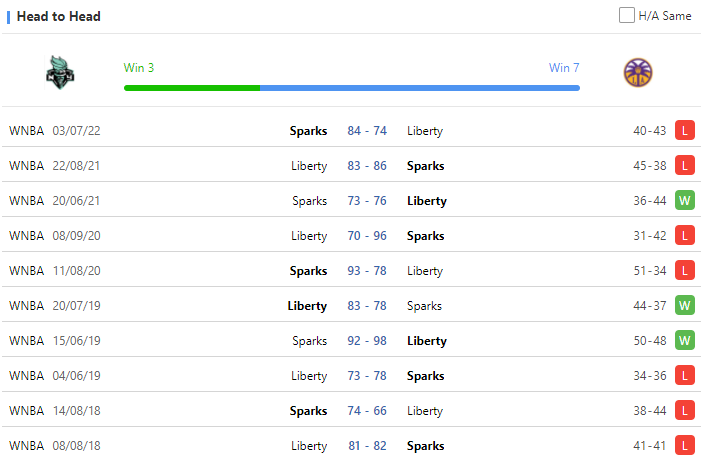 In their last game, the Los Angeles Sparks battled the Minnesota Lynx and ultimately fell short by 84-77. Los Angeles won the game with a 36.1 percent field goal percentage (30 of 83) and six made three-pointers out of 25 attempts. Nneka Ogwumike scored 23 points on 9 of 18 shooting as she departed the court. She played for 30 minutes on the court and grabbed 5 rebounds.

New York have covered the spread in six of their previous nine home games played and are coming off a significant victory against Phoenix. Los Angeles, on the other hand, have dropped their previous three games, and the Sparks have failed to cover the spread seven times in their last eight games.