At the Entertainment and Sports Arena on Tuesday, the Washington Mystics (19-12) take on the Las Vegas Aces (22-8) in a game.

The Washington Mystics defeated the Seattle Storm last time out 78-75. For a total of 34 rebounds in this game, the Mystics grabbed 27 defensive rebounds and 7 offensive ones. They made 9 turnovers while only getting 3 steals throughout the contest. Ariel Atkins contributed 3 rebounds and hit 8 of her 17 shots for the game, or 47.1 percent. 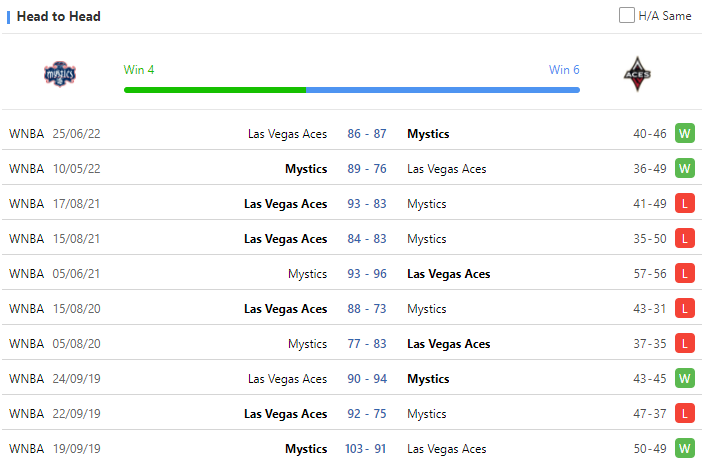 In their last match, the Las Vegas Aces faced off against the Indiana Fever and prevailed 94-69. At the conclusion, Las Vegas had a 50.7 percent field goal percentage (36 of 71) and had made 6 of 17 long-range attempts. Kelsey Plum made 9 of her 12 shots for a total of 26 points. She spent 25 minutes playing on the court and grabbed 3 rebounds.

Washington will experience problems on Tuesday night despite their recent success. Since they are one of the greatest teams in the league, the Aces intend to keep winning. Expect Las Vegas to dominate this game right from the start, winning easily on the road Tuesday night.