The Connecticut Sun played the Chicago Sky in their last game and lost 95-92. A total of 41 boards—25 defensive and 16 offensive—became available to the Sun during the game. They turned the ball over 15 times while managing 11 thefts for the game. Alyssa Thomas got 7 rebounds and made 9 out of 15 shots (60.0 percent) in this game. 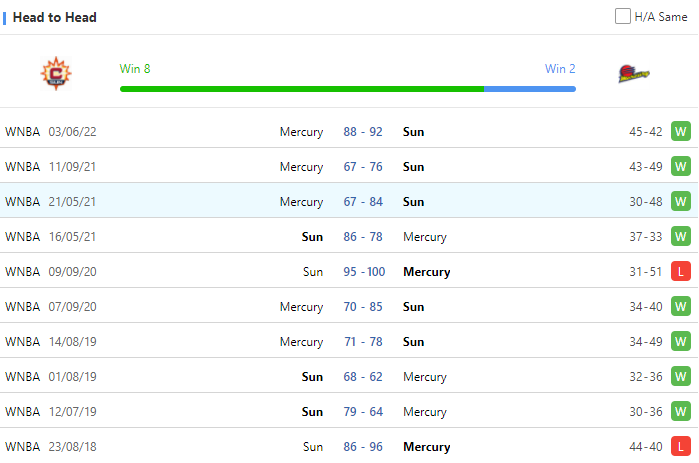 The Phoenix Mercury lost 89-69 to the New York Liberty last time out. Phoenix finished the game with a field goal percentage of 37.5 percent (24 of 64) and 6 of 25 three-point attempts that were made. The Mercury made 15 out of 16 tries at the free throw line, converting them at a rate of 93.8 percent. Sophie Cunningham scored 21 points on 7 of her 16 shots. She engaged in play for 37 minutes, acquiring 2 boards.