Derry City will play host Sligo Rovers in this round of Ireland Premier Division on Monday.

Derry City comes into this round from a 7-0 win over Oliver Bond Celtic on Ireland FAI Cup, previously, they beat Finn Harps with 2-1 in the away game on Ireland Premier Division. Now they have remained unbeaten for consecutive 5 rounds and won 3. But they failed to win any of their last 5 home games in this competition. 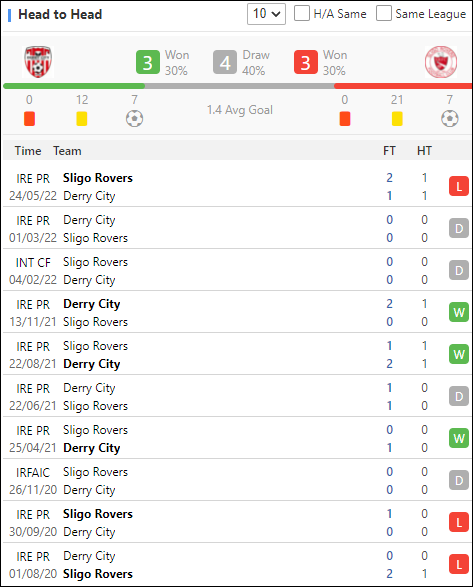 Sligo Rovers lost to Wexford (Youth) with 1-2 in 120 min in the latest game on Ireland FAI Cup. And they also suffered a 0-2 home loss at the hands of Wexford (Youth) in their latest fixture on League, which makes their 5 unbeaten run has came to an end. Similar form as their rival, they failed to win any of their last 5 away League games and lost 3.

Derry City are in better run recently, and their offensive sides are fierce. Even though their home forms are not good enough, I will be backing them in this round.