Magdeburg will fight against Eintracht Frankfurt for Germany Cup on Monday's night.

Things are looking good for Magdeburg now, they were promoted from the third-tier last season and have started life in the 2.Bundesliga reasonably well. Each of Magdeburg’s last nine competitive matches produced at least three goals.

They have looked imperious in pre-season, scoring eight goals across the last two games ahead of this competitive season opener. Eight of Frankfurt’s last ten DFB Pokal games produced over 2.5 goals. 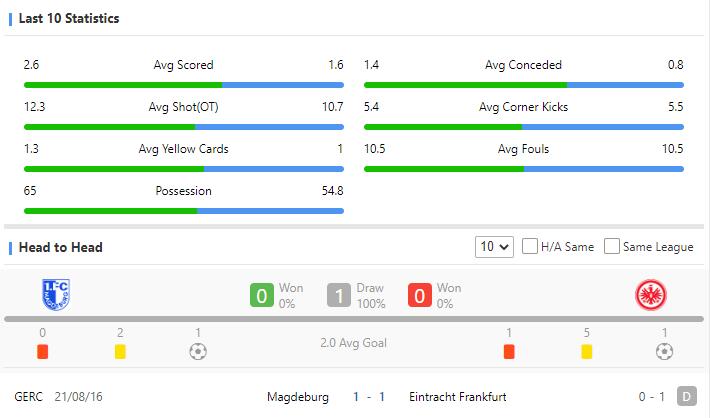 The last time they met each other was in 2021. A draw ended at the time. Considering the gap between two sides, we decide to place our attention on the away team.