IFK Göteborg will be hoping for a repeat of their last result, following a 0-2 Allsvenskan victory versus IFK Norrköping. Mikael Stahre's IFK Göteborg have hit the back of the net 9 times in their past six outings. The number of goals that have been scored against them in those fixtures amounts to 5. 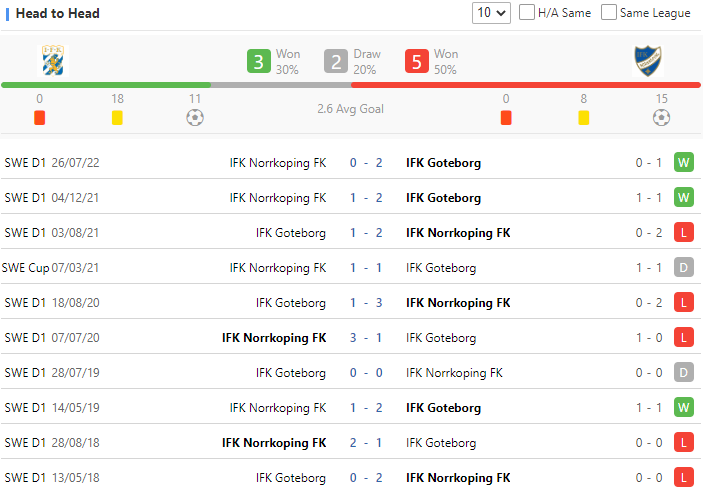 It is worth noting that IFK Norrköping have failed to get amongst the goals over their previous six games, recording the poor return of only 4. In those matches, Snoka have also seen the overall goal aggregate of opposing teams equal 9.

Norrkoping have only drawn 4 and loose 4 of their last 8 matches. The 1x2 first odds is 2.50-3.40-2.55, seems no clearly support to both side. Goteborg should take points in this game.

Football Swedish Allsvenskan IFK Norrkoping FK IFK Goteborg
(Disclaimer：Any views or opinions presented are solely those of the author and do not necessarily represent those of NowGoal. We disclaim any responsibility and accepts no liability for any direct or indirect loss or damage arising from any inaccuracies.)