El Gouna will take on their Egyptian Premier League campaign with home side National Bank of Egypt on Monday.

Coming into this game from a 0-1 away loss at Pyramids FC, National Bank of Egypt has picked up 7 points from the last 5 games. But their home forms are unsteady, since they lost 2 of their last 3 home games in this competition. 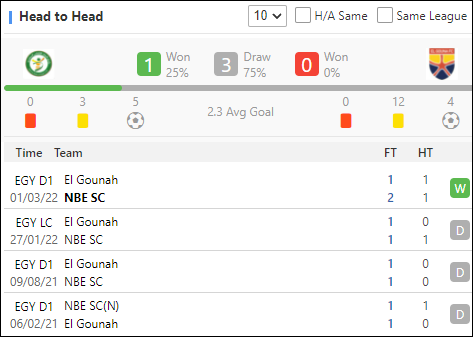 El Gounah suffered a 0-3 home loss at the hands of Ismaily in last round, which has been their second straight loss recently. And they had only won 1 of their last 7 rounds, being in poor state. With poor away forms, the team failed to win any of their last 8 away League games and lost 6.

Three of their last four meeting were ended with a draw. Both sides are not in good run, I think there won’t be many goals.