Leicester City will continue their Friendly campaign to face Sevilla on Sunday. 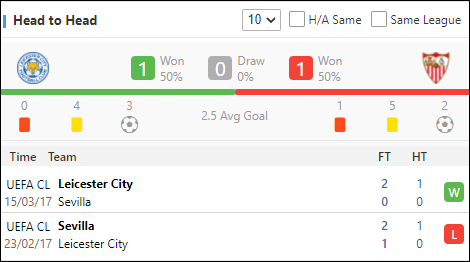 Sevilla have just played 3 Friendly matches so far. They drew Tottenham Hotspur with 1-1 on July 16, then copied the result when against Sporting CP, till they thumped Angers 6-0 on Wednesday. On Saturday, they suffered a 0-6 defeat at the hands of Arsenal in the Emirates Cup. Sevilla will begin their 2022-23 La Liga campaign on a trip to Osasuna on August 12.

Leicester City are eager to end their pre-season with a strong performance and a positive result. I will go for them in this round.