Liverpool will return to Anfield for Sunday's friendly match with Strasbourg.

Liverpool suffered a 1-0 defeat to Red Bull Salzburg in their latest friendly match, and they have claimed two wins and two defeats from their 4 pre-season matches. On Saturday’s FA Community Shield, the Reds won over Manchester City with 3-1. With high morale from this victory, Liverpool will continue their preparing for the new season. 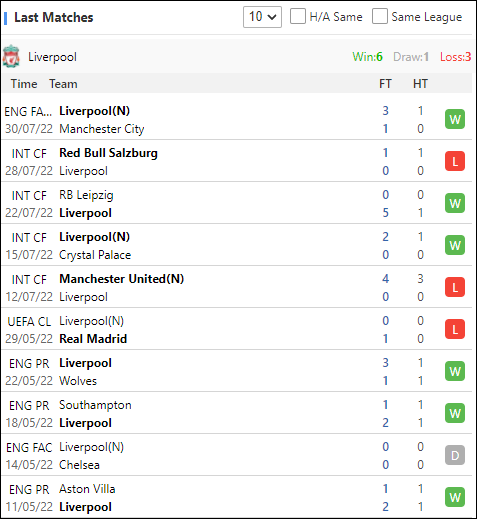 Strasbourg made a great progress and finished with 6th in the 2021-22 Ligue 1 season. Strasbourg got consecutive 2 draws with Brentford and Freiburg, then claimed back-to-back wins over Sion and Charleroi in Friendly. With fierce attack, they have scored 10 goals totally in their latest 2 Friendly matches.

Liverpool has been reinforced to a certain extent in their forwards. In this campaign against the less powerful Strasbourg, Liverpool has a better chance of winning.

Paul James 636 Article
Paul James is a soccer Expert, with his high accuracy predictions, he is often called as the Magic Man. He hopes to make the right picks for people with his knowledge. Believe it or not, it is always helpful to follow him.
See More Article