Manchester United were beaten by Atletico Madrid with 0-1 on Saturday’s Friendly match. The Red Devils had a successful pre-season record with 3 wins and 1 draw until this defeat. This will be the first home match under the lead of Ten Hag, and their first round of the new season for Premier League will be held on August 7. 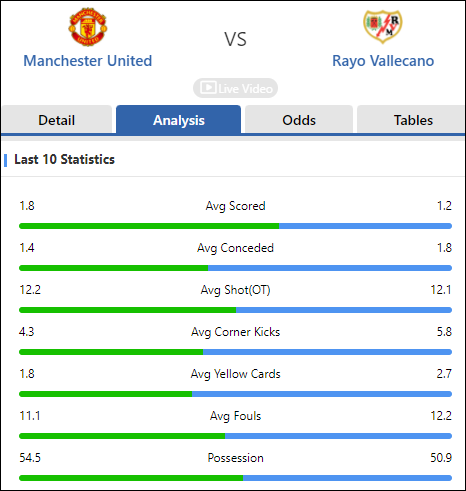 Rayo Vallecano is preparing for their opener against FC Barcelona on August 13 in the new season. Rayo Vallecano have participated four Friendly matches and have picked up 2 wins, 1 draw and 1 loss. Rayo Vallecano finished their 2021-22 campaign in 12th position, which has been their best performance in La Liga since 2015.

Manchester United shows fierce attack in their pre-season schedule with the new coach, I will be backing for the them again and predict there will be lots of goals.