Matches with D.C. United have often been engaging affairs lately with a lot of goalmouth action the rule rather than the exception. Over their past half dozen clashes, a grand total of 28 goals have been recorded for both teams combined (at an average of 4.67 goals per game) with 9 of these accredited to D.C. United. Even so, it remains to be seen whether that pattern shall be sustained in this next game. 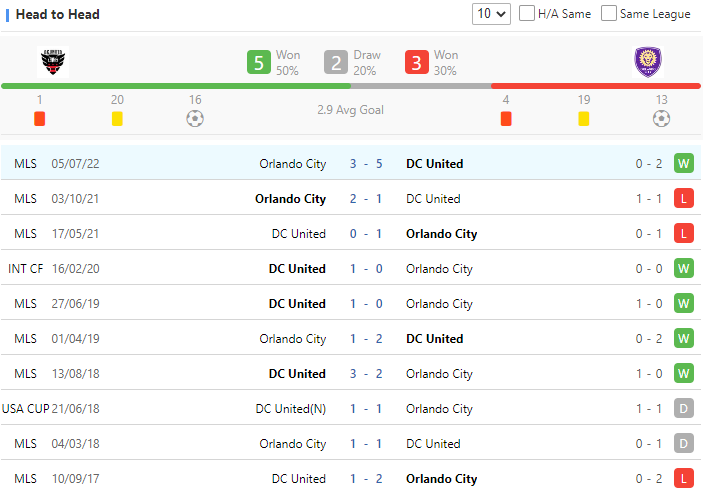 For 5 of the previous 6 games featuring Orlando City, a notably low volume of goals have been scored between them and their opposition. The overall average number of goals per game within that spell comes out as just 2.67, with the average goals for The Lions equalling 1.17.

In this game, Orlando City are likely to put a goal past this D.C. United lineup, but it isn’t expected to be as many as they’ll concede. We reckon that it will be a 2-1 win for D.C. United after 90 minutes. Hopefully this is a good one.

Football USA Major League Soccer Orlando City DC United
(Disclaimer：Any views or opinions presented are solely those of the author and do not necessarily represent those of NowGoal. We disclaim any responsibility and accepts no liability for any direct or indirect loss or damage arising from any inaccuracies.)