A tightly contest on Liga MX will be held between Club Leon and Club America.

Club Leon fell 0--1 against Toluca in last home game, so that their winless run has been extended into 4 rounds. With tiring offense, the team haven’t score any single goal in latest two rounds. And they haven’t won any of their home games in this competition since March. 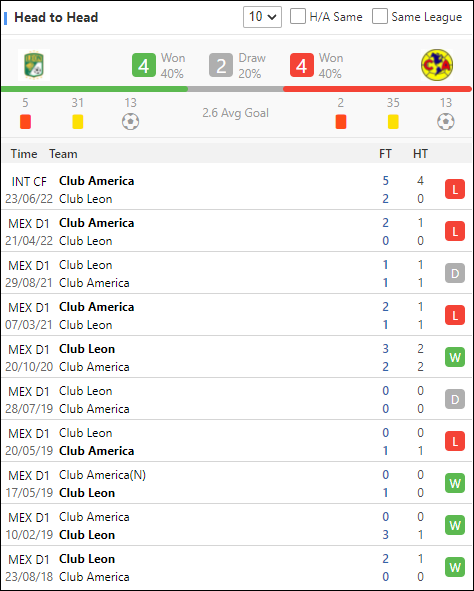 Club America heads into this round from a 2-2 draw against Real Madrid in a Friendly match. And they lost last away game against Club Tijuana with 0-2 on League, which has been their second loss in last 3 rounds. Moreover, they have suffered 3 consecutive losses on the road.

Club Leon has a record of one win, two losses, and two draws in their last five league matches against CF America. Both sides are not in good run of their attack, so I think this will be a low-scoring clash.