Atlas will take a trip to face against Santos Laguna on Primera Division Liga MX.

Santos Laguna comes into this round from a 1-2 loss in last away game against Toluca. Santos Laguna has one win, one draw, and two losses in last four rounds. But they are dominant at home, since they have remained unbeatable for 7 home games in Liga MX. 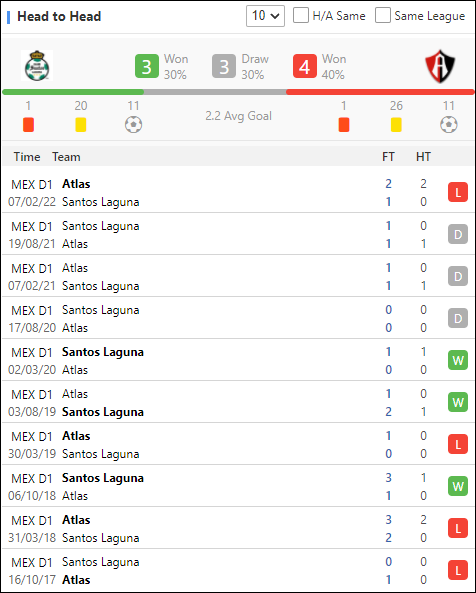 Atlas suffered a 1-2 home defeat at the hands of Club Tijuana, which has been their third loss in last 4 rounds. And they are not playing well away from home, as they failed to win any of their last 5 away League games and even suffered 4 losses.

Santos Laguna have a record of one win, one loss, and three draws in their last five meetings against Atlas. Atlas are not good at away games, so I will be backing Santos Laguna in this round.