Sarpsborg 08 is currently ranking in the middle of the League table, and their overall forms are mediocre in this season, since they had got 1 draw. But they scored 2 goals in average, and their attack ranks 2nd in the League, but their defenses are poor, since they concede 1.73 goals per game. Recently, they have suffered 3 losses in a row, being in poor state. 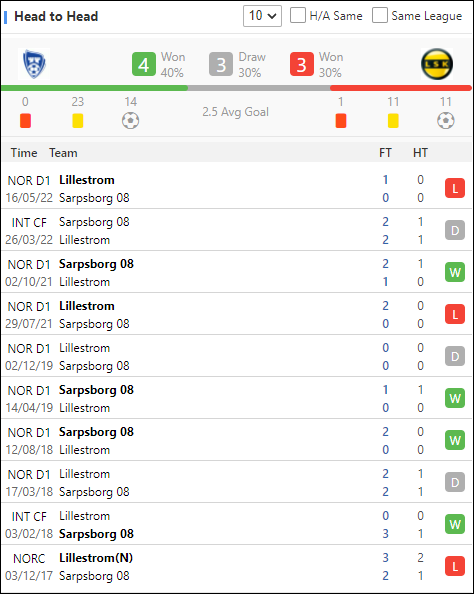 Lillestrom got consecutive 3 wins across all competitions, with scoring 8 goals in total, being in effective attack. And they have won their last 2 League games away from home.

Lillestrom are in better run in recent matches, so I will be backing them in this round.