Ceara and Palmeiras will give us an opening show for Brazil Serie A round 20 at Estadio Placido Aderaldo Castelo on Saturday night.

Their three-match winning streak is ended by Juventude in the last game, which hurts their morale. Now they rank eleventh at the table of the League. Erick Flores Bonfim and Victor Luis Chuab Zamblauskas will be absent from injuries. Richard Candido Coelho is suspended due to red cards.

They have a four-match winning streak after they defeated Internacional RS 2-1 in the last game. They are getting back in form since they were knocked out of Brazil Cup. They are the top at the table of the League now. However, they are in a poor condition as up to five key players are injured. 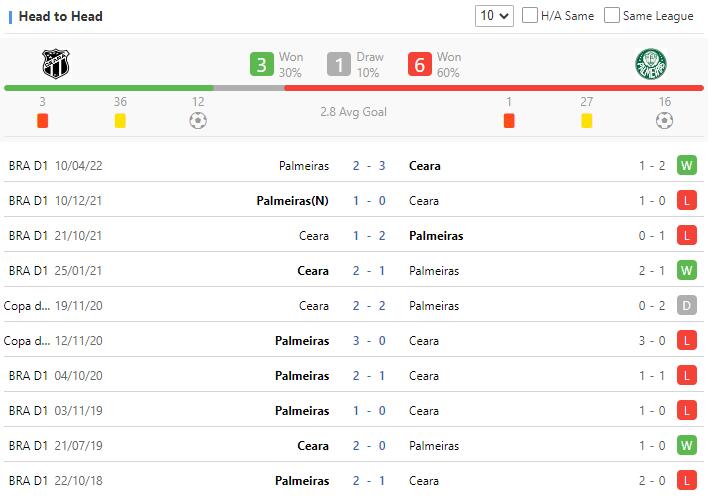 Palmeiras got 6W-1D-3L from Ceara in the past, which makes them have the psychological advantage. Besides, Palmeiras are in form while Ceara are in low morale. Thus Palmeiras are likely to win in the coming match.

Football Brazil Serie A Palmeiras Ceara
(Disclaimer：Any views or opinions presented are solely those of the author and do not necessarily represent those of NowGoal. We disclaim any responsibility and accepts no liability for any direct or indirect loss or damage arising from any inaccuracies.)

Wrld_G 323 Article
I am Wrld_G. I am a football enthusiast. I prefer working in games which are of more uncertainties because those bring me more benefits. I am always ready for forecast.
See More Article