Middlesbrough will fight against WBA for EFL round 1 at Riverside Stadium this weekend.

This is their sixth season competing in the tournament after their downgrade from the EPL in the 2016/17 season. Their spending on the transfer market to acquire a number of good players demonstrates their ambition.

Instead, they bring in few free midfielders in transfer window this season. It seems that their objective of this season is to avoid relegation. They get 2W-1D-1L in recent preseason games. 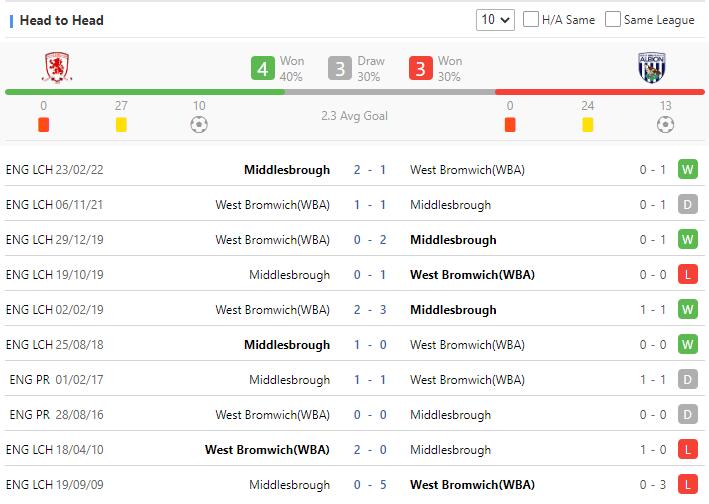 Middlesbrough are well-prepared for the new season. And they have the home advantage. What’s more, Middlesbrough have not been defeated by WBA since 2020. So Middlesbrough will take one point from WBA at least in the coming game as expected.

Football England Championship West Bromwich(WBA) Middlesbrough
(Disclaimer：Any views or opinions presented are solely those of the author and do not necessarily represent those of NowGoal. We disclaim any responsibility and accepts no liability for any direct or indirect loss or damage arising from any inaccuracies.)

Lnn 336 Article
Hi. I am Lnn. My passion for football started when I watched a football game by chance. That made me a fan of The Red Devil. I am happy to write the things what I am interested in.
See More Article