Jeonbuk Hyundai Motors have won the League championship for 5 consecutive seasons. In this season, they are currently 5 points behind of the leader, Ulsan Hyundai FC. They are in steady forms with an unbeaten run (6 wins and 2 draw). They not only have the excellent attack, but also have the best defenses in League. 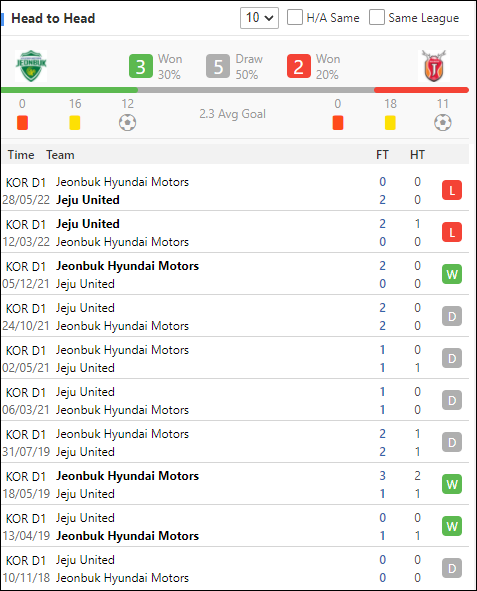 In contrast, although Jeju United also have strength, after all, they have defeated Jeonbuk, their forms are inconsistent. Moreover, their defensive sides are still riddled with mistakes, and they are not good at playing away from home, this will be a tough game for them.

Jeonbuk Hyundai Motors took upper hand on squad and overall strength, and they are in a more stable form, so I predict a home victory in this round.