The Chicago Sky lost to the New York Liberty 83-80 last time out. They collected 36 rebounds— 24 on defence and 12 on offence. They turned the ball over eight times while recording twelve thefts throughout the contest. Candace Parker collected 11 rebounds and hit 7 out of 14 shots in this game (50.0 percent). 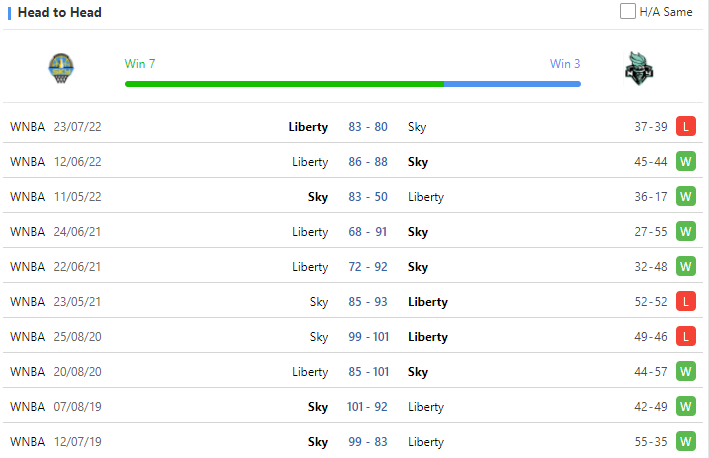 The New York Liberty defeated the Chicago Sky 83-80 in their last game. New York finished the game with a 43.1 percent field goal percentage (31 of 72) and 7 hit three-pointers out of their 18 tries. Natasha Howard scored 16 points on 5 of 12 shots. She participated for 29 minutes and pulled down 10 rebounds.

Although the Chicago Sky should win and should have a sizable advantage, this is a lot of points when compared to a Sky club that are desperately trying to make the playoffs. The Sky can appear a little flat at first and just exert itself enough to complete the task. It's a tricky line, but I'm going to go with the Liberty because of the abundance of free points.